A website domain for “DAWNOFWAR3” has been registered and updated by Sega of America. While the domain was registered back in 2008, it was updated yesterday by Sega themselves.

Also, there’s a very big hint that Relic themselves are indeed involved.

The domain has indeed existed since 2008, but in the last week it has been updated twice by Sega of America. Also, the email address for the registrant leads directly to Relic’s IT department: 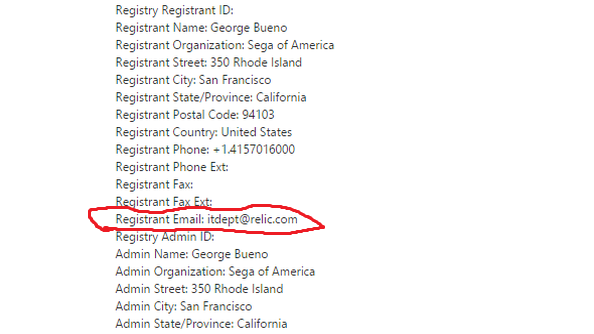 Shortly after Relic were gobbled up by Sega, when THQ were swallowed up by their horrible fate, the developers went on record to say that there’s “strong possibility” that another Dawn of War would be a thing – this time built on brand new tech.

Is Dawn of War something you’d like to see again, or would you rather see Relic do something new with the popular Games Workshop licence?

We’re going to be waiting here for the Dawn of War 3 release date.