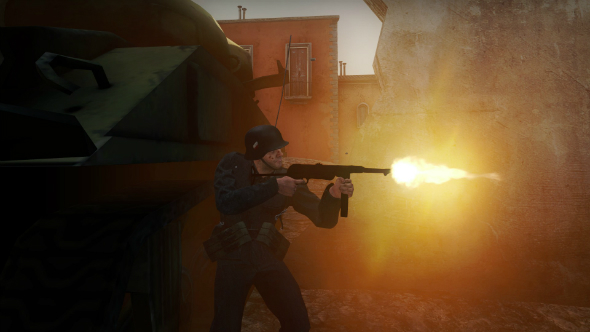 Day of Infamy, the WW2-based follow-up to Insurgency, is leaving Early Access already. The full release is coming this month, March 23.

Our list of the best FPS games doesn’t include Insurgency, but it bloody should.

It started as a mod, but the FPS is now fully-featured and will release with rank progression, collectables, co-op, competitive multiplayer, and ten maps.

I love that the launch trailer shows the melee not working as intended. Developers New World Interactive even popped into the YouTube comments section to address it: “We advertise raw gameplay,” they say.

It’s actually kinda refreshing in the age of bullshots.

If you’re not familiar with Insurgency, it’s super unforgiving and pure. There’s no HUD and you won’t be notified if you kill someone – you gotta confirm kills yourself. It makes for a really tense, super hardcore experience. Oh, and the guns feels excellent.