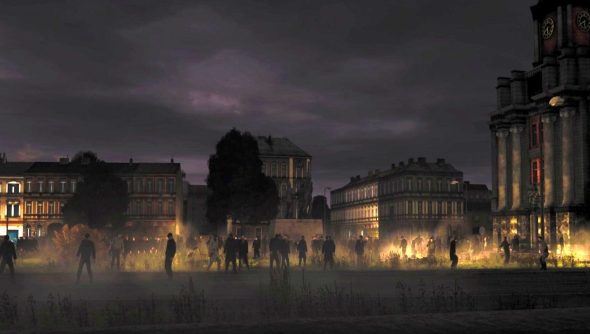 Over one million players have now braved the beaches of Chernarus, naked and weaponless, to make a hash at survival in DayZ: a remarkable achievement for the ArmA II mod. Temper this news with the knowledge that between them, more than 3.6 million murders have been committed – about three-and-a-half each, a statistic which speaks to the human condition in ways I’d stick my fingers in my ears rather than hear. It’s the half-murdered ones I feel sorry for.

Those poor zombies have come off a lot worse, bless ‘em, counting 2,000 million less among their number since the mod’s release. The official site’s counter also reveals that DayZ players have totted up 1219 hours between them at the time of writing.

DayZ’s first build was released in May in this year, and the mod has spent the summer gleaning the benefits of word of mouth; it reached critical mass in the Steam summer sale a couple of weeks ago, during which it jumped to 800,000 users.

For a cheerier take on the end of civilisation, try free Minecraft zombie mod MineZ.