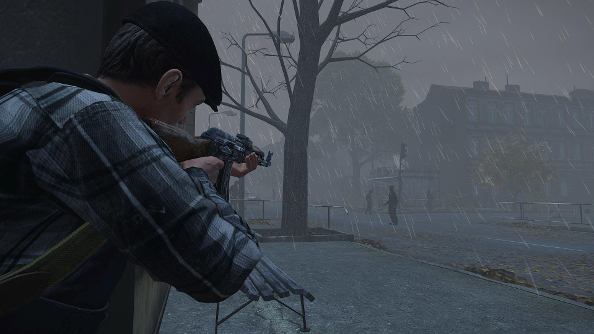 Closing out the first day of the main GDC conference, Eugen Harton, an associate producer at Bohemia Interactive discussed the incredible challenge of fighting cheating in DayZ, revealing that cheats can be sold for as much as $500 on the “black market” of private services.

We took another look at how DayZ has progressed in Early Access Later On: DayZ revisited.

The $500 cheat was one that allowed players to access DayZ’s debug console, but Harton discussed that cheats are usually from $1 to $25 monthly subscriptions – with, for example, cheat subscriptions currently available for The Division for about $5, and cheat subscriptions for Counter-Strike: GO going for $18, “so that one probably functions properly.”

Harton explained how hard it was for a company like Bohemia Interactive to become aware of and access these cheats. “Buying a cheat is not so easy,” he said. “There are public cheat services, but many private services that make it really hard to get your hands on the exploit they use, hoping that if you don’t know about it, you won’t notice it. Public sites can get taken down quickly if you are vigilant.”

“They take a lot of precautions to limit leaks,” he said. “Usually hardware ID locks – so we have had to create fake citizen IDs for Russian or Chinese communities to see the cheat. We’ve had Skype interviews with people in Russia and China, countries we didn’t have any staff from, in order to convince the person selling the cheat we are the person he is trying to sell the cheat to!”

There’s a strong reason to go to this effort. According to Harton, cheats in DayZ have “really hurt the community” with cheats including the ability to crash the server (leading to them being crashed over and over) and remote damage hacks allowing “everyone on the server to be killed with a single click.”

“That was really not a good place to be.”

More than that, Harton’s research has shown that cheat sellers can make a tremendous amount of money for people actively making your game worse: with some individuals able to make up to $1.25 million a year.

With that kind of money at stake, Harton himself has been put in the crosshairs of cheaters ire.

“I’ve been personally harassed by cheaters – they’ve found me, and actually sent me death threats.”

This has included cheaters trying to get to Harton in real life. “Last year a person started a crowdfunding campaign to attend GDC and get to me in person. He asked for $10,000. Thankfully he only gathered like $300.”