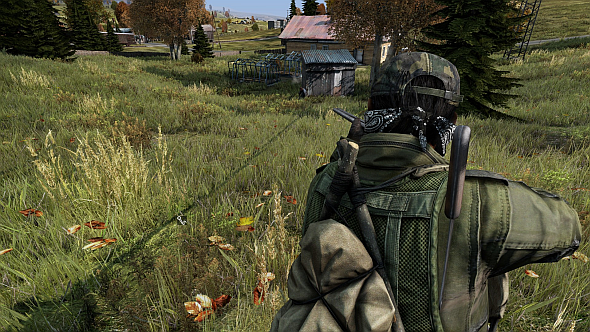 We’re finally about to see some meaningful progress on DayZ, the beleagured survival game that spawned a dozen imitators. Eugen Harton, lead producer at developers Bohemia, says it will relaunch with a new engine on PC “in a couple of weeks.”

Which battle royale is right for you? Our guide to gaming’s hottest genre.

“We’re releasing DayZ on a new engine in a couple of weeks on PC, and it’s gonna be coming to Game Preview on Xbox this year. That’s basically our aim. I would almost say it’s a reboot of DayZ on PC.”

Harton shied away from confirming that this constitutes the game’s long-awaited launch from Early Access, where it has dwelt for over four years. Last we heard, they were aiming to achieve a 1.0 release later this year.

A few years ago, DayZ was all the rage, but it has long since been overtaken by its many imitators and spin-offs. First there was H1Z1, and then PlayerUnknown’s Battlegrounds, which is fitting: just as DayZ began as a mod for 2010’s Arma II, so did Brendan ‘PlayerUnknown’ Greene make his first battle royale game in DayZ. Circle of life.

What he does hope to see is old-school streamers, who perhaps started in DayZ, coming home and introducing the relaunched game to a new audience. “It might not become a mainstream thing, but that’s not our customer. I’m okay with that. I know what game I’m making – I don’t want to appeal to everybody.”

Appealing to consoles, where the choice of battle royales and survival games is thinner than on PC, is another part of the plan. “I still feel like we have not hit our peak. This is the year of DayZ.”