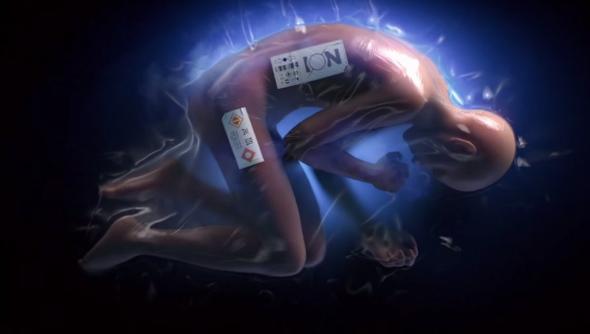 Ion, the ambitious MMO announced by DayZ creator Dean Hall on Microsoft’s stage during E3 2015, is dead. Billed as Minecraft meets Eve, the title was to be a collaboration with Improbable, the UK company behind the tech that powers the endless floating islands of Bossa’s Worlds Adrift.

Luckily, lots of new MMORPGs have released since. Have a look at some of the best at that link.

Back in 2015, Hall said the Space Station 13-inspired game had a solid roadmap, but clearly they got lost along the way. Dean Hall’s New Zealand-based development company RocketWerkz are working on other games now instead.

“Ion was initially conceived as a project for co-development between Improbable and RocketWerkz,” Improbable told Eurogamer. “A lot has changed since then. Dean Hall moved back to New Zealand from London, RocketWerkz has started work on a number of other games, and we have grown increasingly into a platform for games to be deployed on.

“We can definitely say that Improbable is not currently working on Ion. However, we have not previously commented on and cannot now comment on RocketWerkz’ current or future plans.”

Improbable have plenty of other work on the go now, and are positioning themselves as the go-to studio for creating massive, persistent worlds. Dean Hall himself moved back to New Zealand between August and October last year.

When asked if RocketWerkz was continuing work alone, Hall replied: “We’re not actively working on Ion, no. I am not involved in that, no. Nor is [the] RocketWerkz studio in New Zealand. When I look at Ion, Ion could only happen with a company like Improbable, with the scale of technology like that, and that’s not a game we could do alone.”

As for fan reaction, Hall had this to say: “I’d far rather people were pissed off I didn’t release something than I release something I wasn’t happy with and try to take money from them. That’s the most important thing.”

Read the full story at Eurogamer.