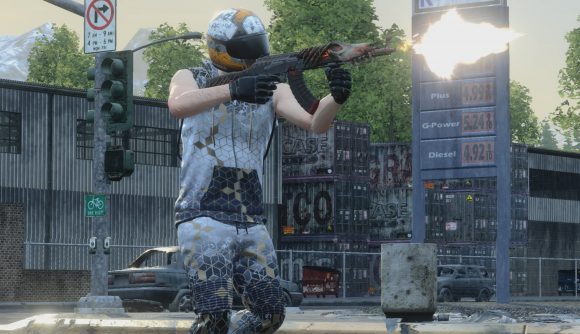 Austin Thompson has been sentenced to 27 months in prison for his role in a DDoS attacks against a number of targets in 2013 and 2014. One of the victims was Sony Online Entertainment – now known as Daybreak Games – and Thompson has been ordered to pay $95,000 in restitution to the company.

Thompson pleaded guilty to the attacks in November, and the sentence was announced by the Southern District of California on July 2. The release says that Thompson’s attacks “were directed mainly at online gaming companies and servers, including then San Diego-based Sony Online Entertainment,“ though it does not name any other companies involved.

Distributed denial of service – or DDoS attacks – aim to flood online servers with junk requests that bring services down for normal users. It’s a regular problem in the game industry, and one that companies like Valve have been forced to take steps to address. Last week, a DDoS attack briefly brought down North American Final Fantasy XIV servers.

Thompson’s group DerpTrolling was named in the press release and, as Polygon reports, the group has been accused of attacks against Battle.net, League of Legends, and Dota 2 dating back to 2013.

The attacks from Thompson and DerpTrolling preceded the unrelated but now infamous Lizard Squad attacks of 2014. Founder Zachary Buchta could have faced up to ten years in prison for ‘damage to a protected computer’ – the same crime Thompson has pled guilty to – but eventually received a sentence of just three months, in part because of his cooperation with authorities in the arrests of fellow Lizard Squad members.