As much fun as surviving is in Dead by Daylight, the asymmetric online multiplayer game is almost always at its best when stepping into the role of one of its many cold-blooded Killers. There’s nothing quite like stalking your prey and using the powers at your disposal to strike fear into other players. Which is why we’ve decided to put together a list of the Killers in the game, ranked from best to worst.

There are many factors that contribute to how effective each of the 14 Dead by Daylight Killers is at eliminating survivors and thwarting escape attempts, from their main set of abilities to the special perks that only they posses. Each Killer also has a very different skill ceiling, so we’ve arranged the following Dead by Daylight Killers list to reflect not just their potential, but also how easy they are to use.

The following features all the Killers available in the game, including those that come with the paid DLC. It will cover their strengths, weaknesses, and will hopefully give you an idea of which one might fit best for your playstyle. Without further ado, let’s get to slaying.

From best to worst, here are all the Dead by Daylight killers 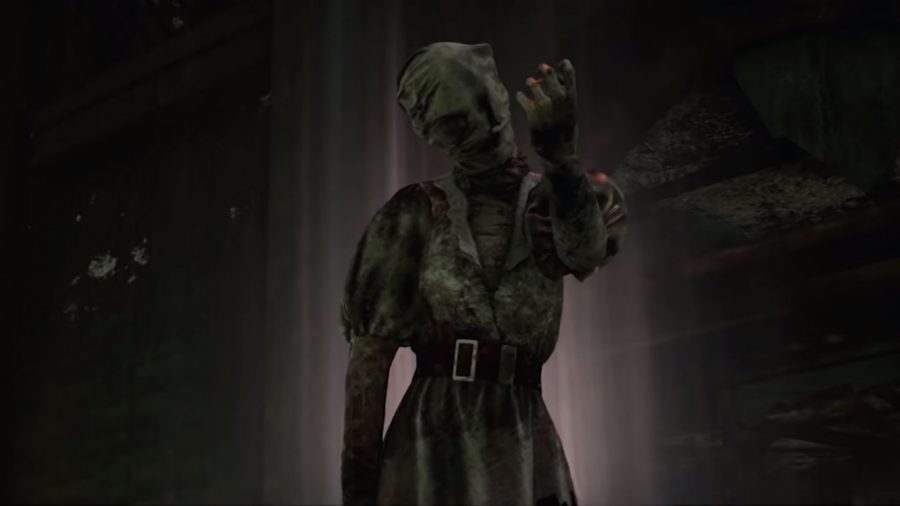 Sally Smithson, a.k.a The Nurse, is a difficult character to master, due to her blink ability. This, when used incorrectly, can incapacitate the player allowing any survivors being chased to get away. If you’re willing to put in the time to learn how to use it correctly, you’ll quickly see the benefits though. She is able to warp long distances, letting you ambush players and get in a valuable hit.

Additionally, she also has three powerful perks that put the survivors at a severe disadvantage. For example, Thanatophobia inflicts penalties to the player’s sabotage, repair, and healing skills, for each injured or hooked player. Stridor increases the volume of the other players’ breathing. And A Nurse’s Calling lets you see players who are healing within a certain range. 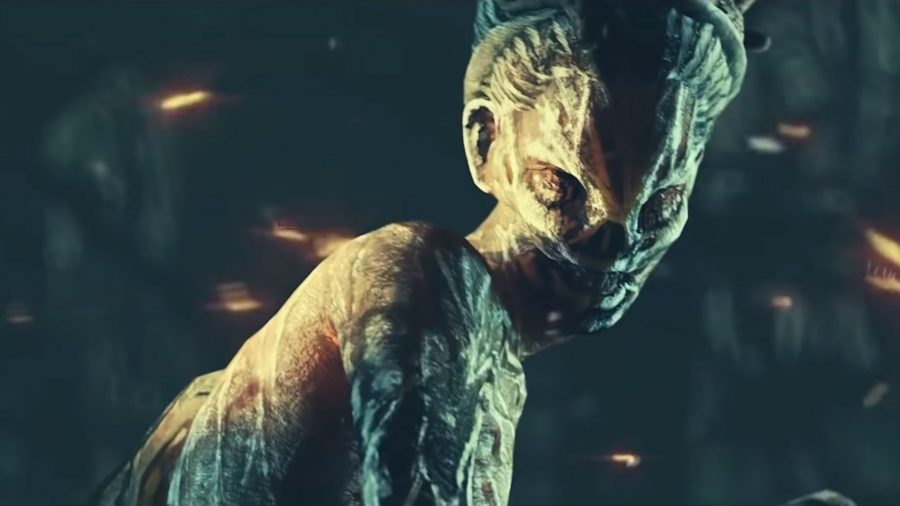 The Hag is a trap-based Dead by Daylight Killer who can draw traps on the floor. She can place 10 of these at a time, with each one set after the limit removing the oldest trap placed. These traps are quick to put down and will trigger a phantasm if one of the survivors gets too close. If this happens, the Hag can then fast travel to the activated trap and attack – she’s one of the best Dead by Daylight Killers for map control.

Playing the Hag requires a good awareness of map hotspots and some deceptive trap placement to be played correctly. If you’ve got the experience and skill though, she can easily lock down generators, letting you methodically hunt down survivors. Otherwise, she can feel a bit underpowered, compared to the other killers on this list. 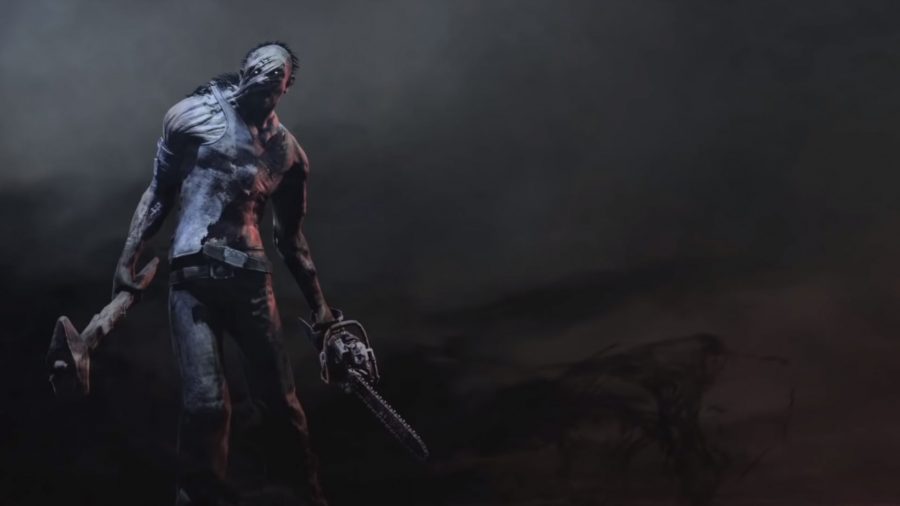 Another top tier Killer, The Hillbilly can cover a lot of ground quickly using his chainsaw attack, which is great for putting pressure on survivors so that they have to keep moving and stay away from generators. There are also some other advantages to the chainsaw too, such as the ability to break dropped pallets while sprinting and send players into a dying state with one hit. This makes The Hillbilly one of the best Dead by Daylight Killers if you can master his tool set. 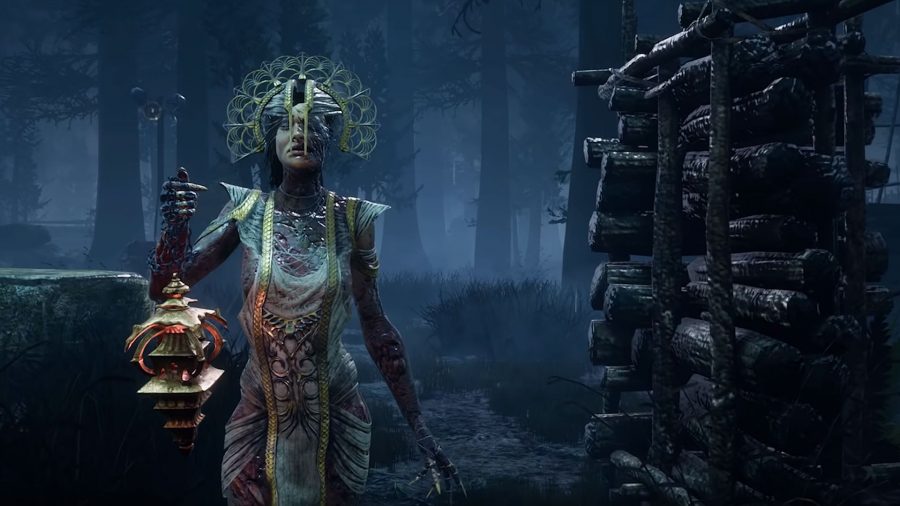 The Plague boasts a couple of extremely powerful abilities, namely Vile Purge, which releases a stream of infectious vomit that can inure survivors with sufficient build-up. This vomit attack can be used as a trap, too, allowing you to cover generators and obstacles in the infectious bile.

While The Plague doesn’t excel at one one strategy, she is excellent across the board and skilled, knowledgeable players will have no trouble dominating maps through consistent damage output. 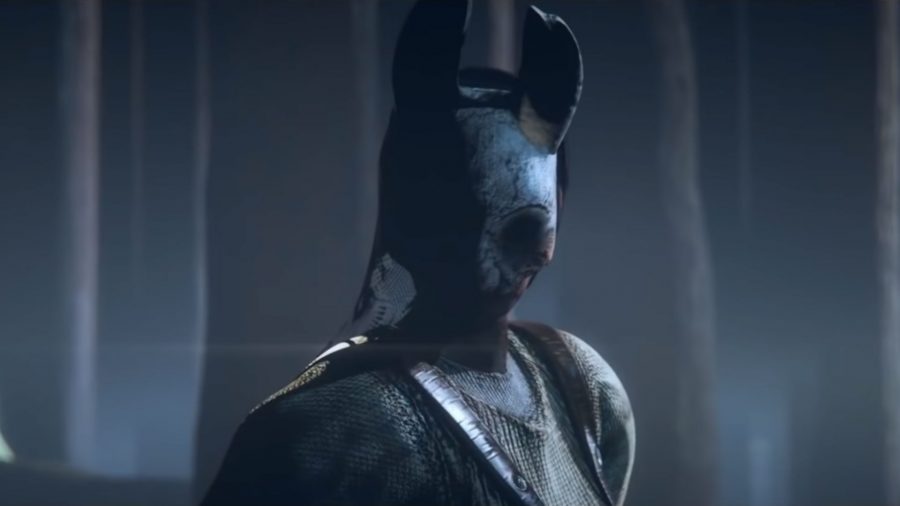 The Huntress is one of the best Dead by Daylight Killers thanks to her long-ranged throwing axe, which inflicts damage quickly and efficiently. This makes her a fun character to try to get to grips with, as you can perform some stylish takedowns and hit survivors who have a window or a pallet between you. Her unique perks are also pretty decent, giving you territorial awareness, the ability to unnerve survivors to induce harder and more devastating skill checks, and greater unpredictability while running. 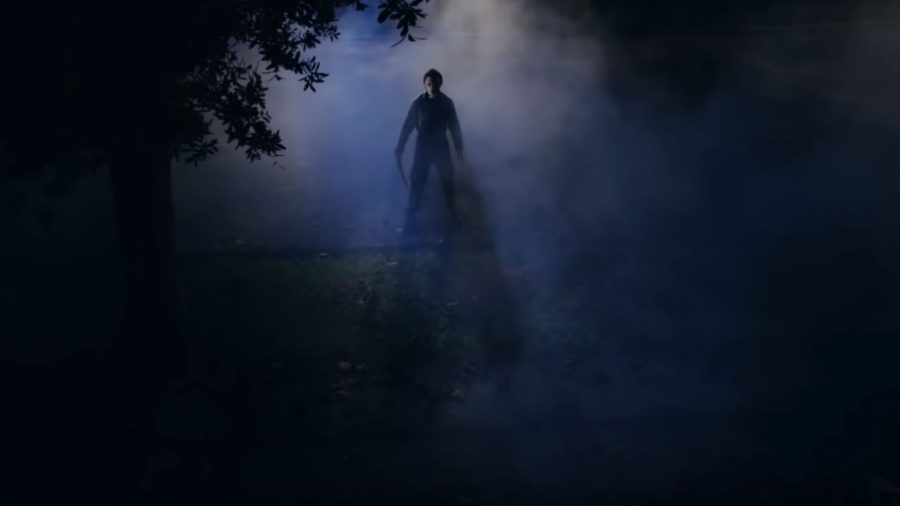 Michael Myers’ special power is the Evil Within, an ability with three phases that can be powered up through stalking survivors. In stage one of Evil Within, he starts off with a significantly reduced terror radius, which allows you to get in range of survivors before they notice you are there. With each successive stage, his terror radius will become larger, but his vaulting speed and lunge increase. This lets you easily catch up to victims and deliver a finishing blow. Myers is easily the best of the move tie-in Killers if you want to pay homage to your favourite slashers while playing. 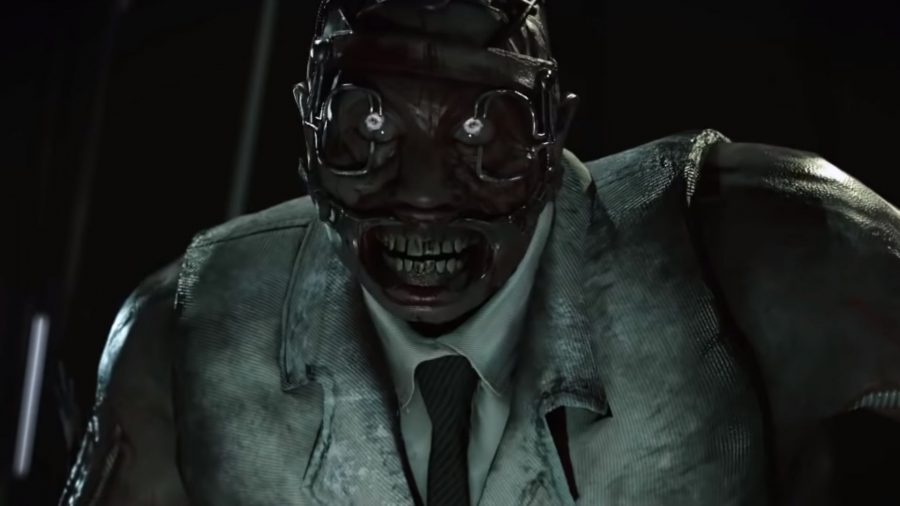 Hate searching for survivors? Then the Doctor is the Dead by Daylight Killer for you.

His special ability lets him switch into a treatment mode where he will gradually raise the madness of other players within his terror radius. This status effect has three stages, which can cause players to get additional skill checks, scream loudly to reveal their location, and see hallucinations of the Doctor throughout the map.

He can also emit a more substantial electrical charge called Shock Therapy that will greatly increase a survivor’s madness and prevent them from performing any interactions for a couple of seconds. This makes him an extremely difficult Killer to play against as stealth is pretty much entirely off the table. 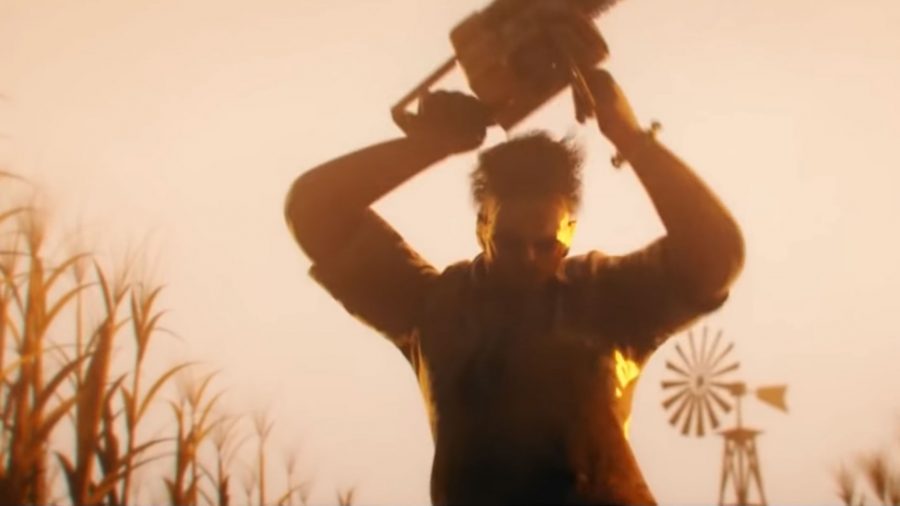 Leatherface works in a pretty similar way to the Hillbilly, with a few notable differences that put him lower down this Killer list. First of all, he can attack multiple targets with his chainsaw attack, which means if you can get a few survivors huddled up together you can down them all quickly – a neat trick, but one that you’ll rarely get to use.

So, why is he lower in our estimations of the best Dead by Daylight Killers? Well, he’s slower than Billy with the chainsaw. This means that you can’t apply as much pressure on survivors. Also, annoyingly, if you collide with anything, you will activate a costly animation for his tantrum attack, so only perfect movement will suffice. 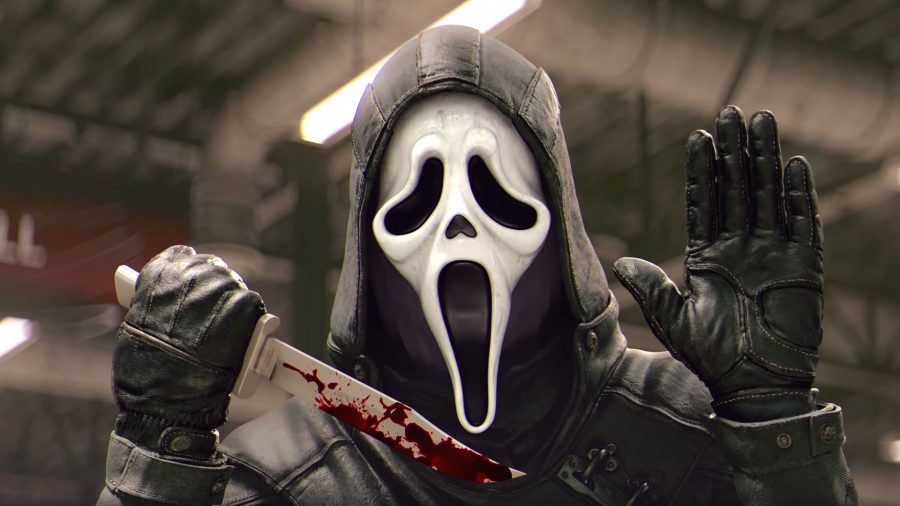 It took a little while, but Ghostface has gone from massively underpowered to one of the best Dead by Daylight Killers in the game. This is a high-skill Killer for experienced players who know the maps well, but he’s also a lot of fun to play if you like to be stealthy, with most of his abilities revolving around the hide-and-seek games this Killer is inspired by. 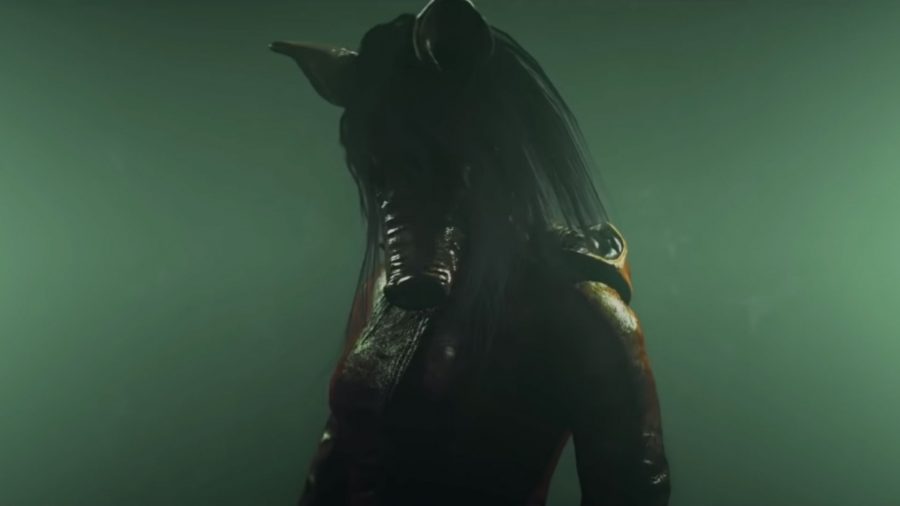 Introduced in The SAW Chapter DLC, the Pig is able to crouch and creep up on unsuspecting players with her hidden blade, making her suited for stealthier players.

Once a survivor is dying, she can also place a reverse bear trap on them by crouching next to them as well, which will activate unless the other survivors can find the correct key in Jigsaw boxes hidden around the level.

Her unique perks let you see generators that are regressing after failed skill checks, lower the respawn cooldown for destroyed meat hooks, and expose survivors who rescue others from being hooked for a brief period of time. In other words, The Pig is great at figuring out what survivors are up to, but can’t do a whole lot to stop them. 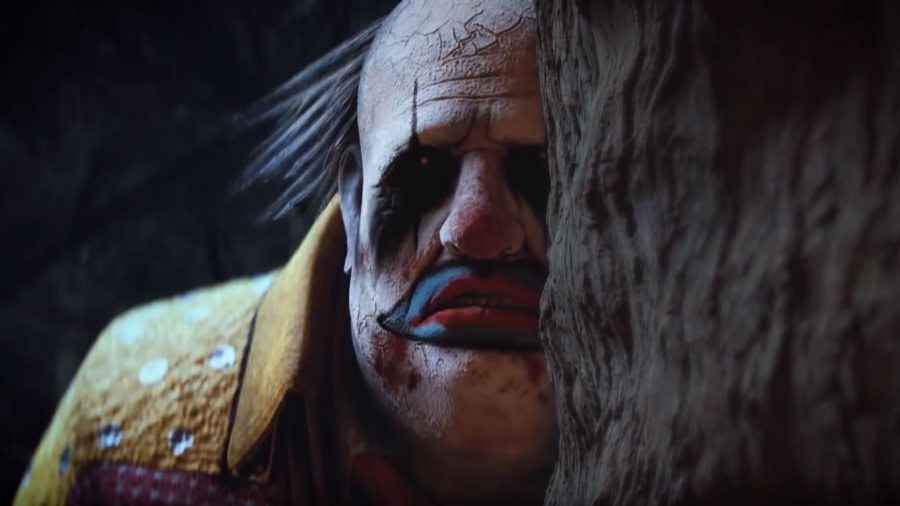 The Clown is a Dead by Daylight Killer who is all about crowd control. He can throw powerful tonics that will impair a survivor’s vision, lower their movement speed, and cause them to cough revealing their location.

He’s definitely a high skill killer: difficult to use correctly, mostly because many players tend to throw the tonics randomly as opposed to considering the best place to use them. This is a problem because once he’s out of tonics, he has to do an costly animation to make some more. Worse still, these tonics are only highly effective when survivors are bunched up, which only really happens when they’re trying to pull one another off meat hooks. 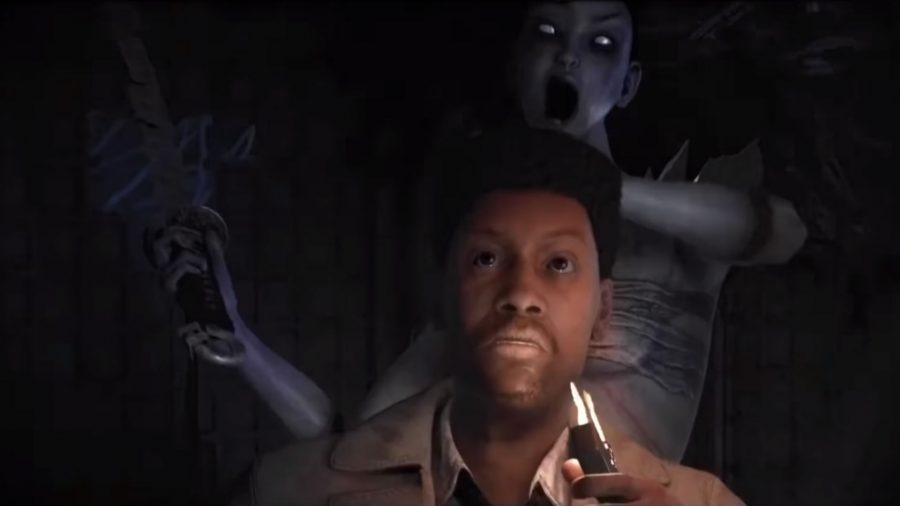 The Spirit is kind of a mixed bag. Her Yamaoka’s Haunting ability lets you quickly sprint after survivors, which is useful for cutting the distance between survivors and yourself. She also doesn’t have a cooldown, which means you can carry on after pretty much seamlessly – she’s can harass individual survivors with ease but struggles to control a group.

There is a big problem with The Spirit’s Yamaoka’s Haunting power, which is that it renders survivors invisible while this power is enabled, survivors will become invisible, leaving you with little more than scratch marks and environmental clues to find your prey. You will also make a loud sound that alerts survivors. It’s a trade-off that you will see a lot of players struggling to handle. 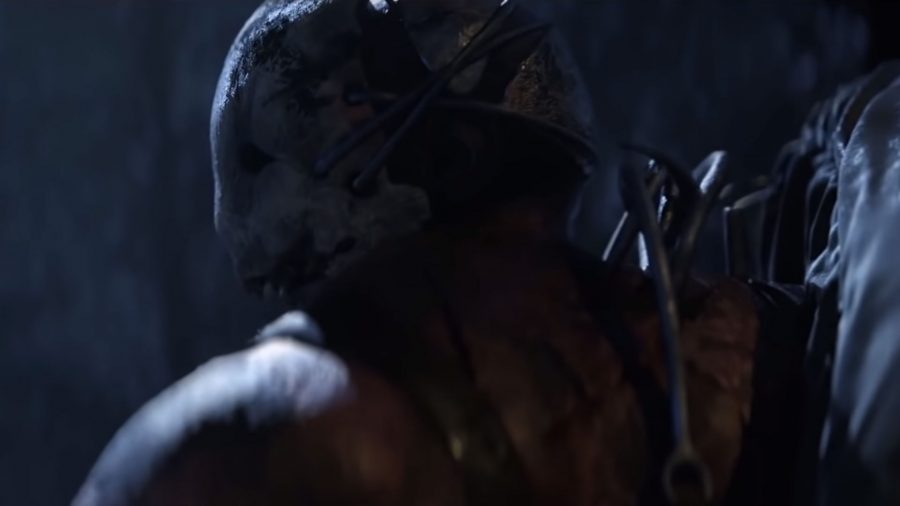 The Trapper, like the Hag, can set traps, but the difference is he can actually incapacitate survivors with them, making the task of tracking them down and impaling them on meat hooks a lot easier.

The biggest problem with playing as The Trapper is that he can only carry one trap at a time at lower levels. He also needs to locate and pick up additional bear traps in order to restock. This is a process that takes far too long and adds yet another chore on the long list of things you need to do, while you could be searching for survivors.

Highly skilled players who know where to place each trap may succeed with this killer, but many will struggle to keep pace with all the survivors, which is why The Trapper is placed so far down this tier list. 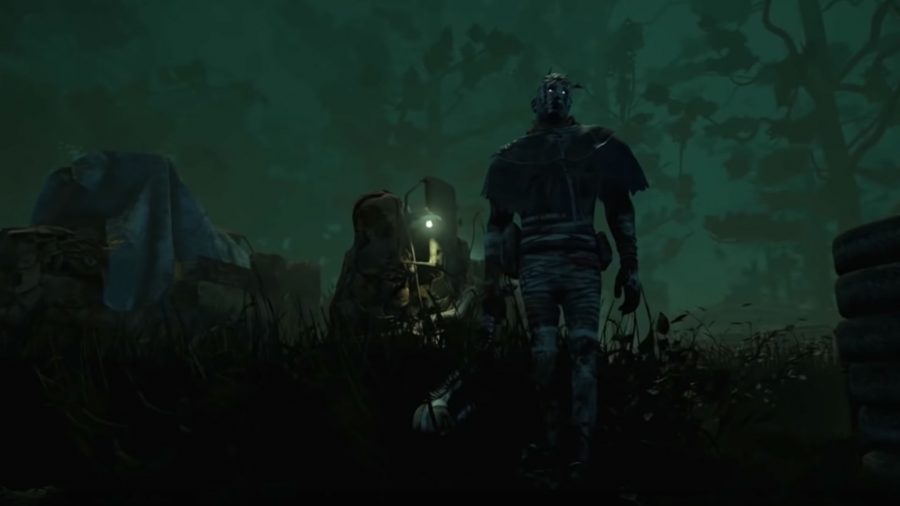 The Wraith is another one of the weaker Dead by Daylight Killers. Though his ability to mask himself and become invisible sounds like it would be all powerful, he is still easy to spot while in this state due to the blurred lines surrounding him, plus he can’t actually hit anyone until he unmasks.

What makes this even worse is the fact that whenever he switches between the two states, he rings a bell, signalling his location to any nearby survivors. This means if you’ve got a survivor in your sights, you need to be careful about alerting them too early or they’ll be able to get away fairly easily. 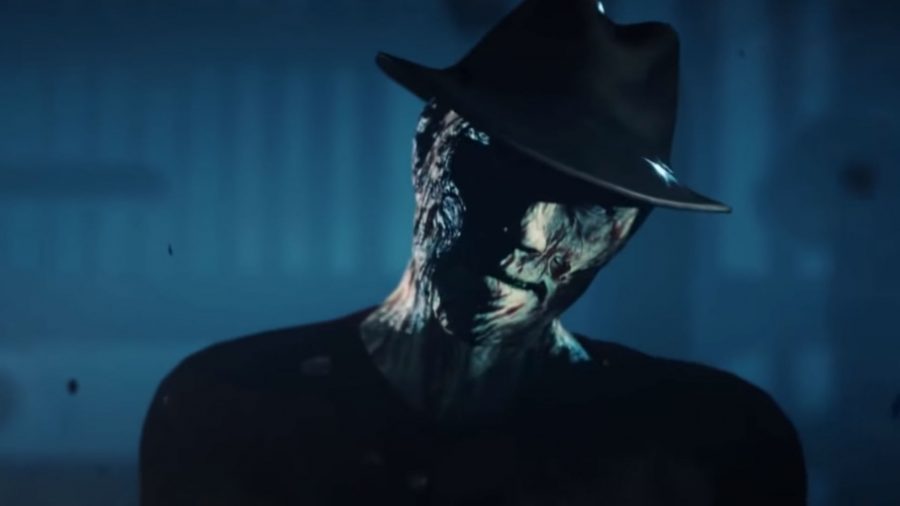 Freddy Krueger is arguably the worst killer in the Dead by Daylight, with the problems stemming from his special power, Dream Demon. He needs to pull characters into a dream, before being able to damage them, but this just makes him come across as impotent whenever survivors pass him by. It’s a mechanic that’s faithful to the character and sounds pretty cool, but makes The Nightmare all too easy for survivors to escape from. He does have some decent perks that make up for this, but lower level players may want to stay away. 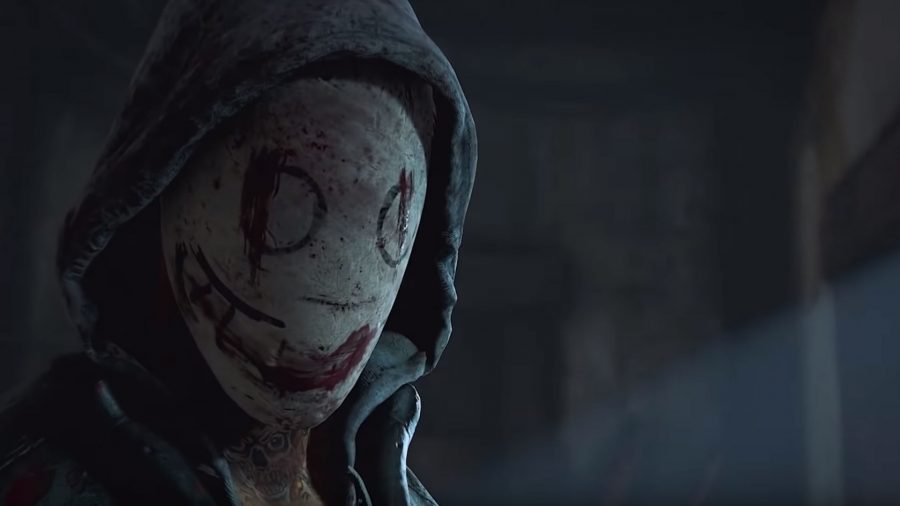 Hardcore players didn’t think they would ever see a character weaker than Freddie, but the game’s newest murderer may be worse. Legion is easy to loop and escape from, struggles to down survivors with its Feral Frenzy power, is incredibly slow, and boasts some poor perks to boot.