Assymetrical multiplayer slasher movie simulator Dead By Daylight is introducing a new feature that will revamp the endgame portion of matches – putting extra pressure on both the survivors and the killer, and raising the stakes for both considerably.

An upcoming update will introduce what Dead By Daylight developer Behaviour are calling the ‘Endgame Collapse’. As the team describes it, in the final moments of a match a countdown will begin, and survivors have a limited amount of time to get to an exit or accomplish any other goals. If they fail to get to an escape point in time, they will be killed instantly and the killer will get sacrifice points.

The Collapse is triggered by either opening an exit gate or the killer closing the exit hatch. After this point, a three minute countdown will start and a progression bar will prominently appear on the screen. It will slowly tick down to oblivion, but will additionally be altered by the state of the survivors – it’ll go slower if a survivor is hooked or downed, for example.

All generators will become inaccessible once the endgame is activated – and while you don’t need them after the gates have already been opened, there are usually extra points for the survivors if they get all of them. You can see the video introducing the Collapse below. 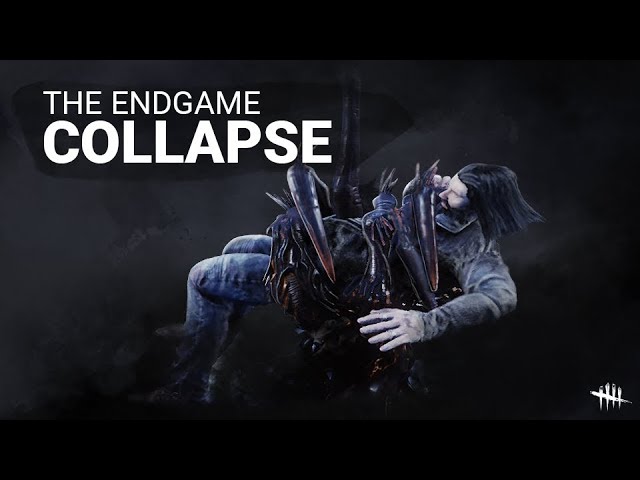 The team has not revealed why it is adding this radical change to the endgame part of matches, other than that it’s to “improve the overall trials gameplay experience”. However, anyone who’s played Dead By Daylight, especially as the killer, knows that while the objective is for survivors to escape, they very rarely do that immediately. There’s extra points/XP to be gained for saving everyone, or having survivors at full health, so even with the gates opened it can take a frustrating amount of time to actually finish a match.

Come home: all Dead By Daylight killers ranked from worst to best

There’s no word yet on a possible release date for this Dead By Daylight Endgame Collapse update, but Behaviour don’t tend to keep players waiting when it announces a new feature. Keep watching the trees.