Dead Island: Epidemic has just entered open beta, and it has mutated. When I first played it earlier this year for our Early Access review, I came away pleasantly surprised at its take on the MOBA genre. But since then it’s evolved into something bigger, something better.

Now Dead Island: Epidemic is in open beta it’s free-to-play. In anticipation of the flood of new players, developer Stunlock Studios has created a ‘Starter Quest’. It’s a series of missions that eases you into the game, with the first few played entirely solo to get you comfortable with the controls and mechanics. These simple smash-and-grab quests take place on linear, isometric maps that closed beta players may remember as the bases for Horde mode (now buried and forgotten). When you’ve completed a few of these and been introduced to the levelling system and how to craft new weapons, you’ll get pushed into Crossroads: Epidemic’s new mode and the reason why you should be giving it a go.

Crossroads places you and three other players at the centre of a huge, sprawling map. You’re tasked with completing four randomly selected missions. There’s a decent enough selection, from finding survivors to save, retrieving supplies from looters, and fighting bosses in the form of ultra-tough special infected. There’s enough variety that each new game of Crossroads should offer up a different selection every time, which keeps it feeling interesting for each new match. 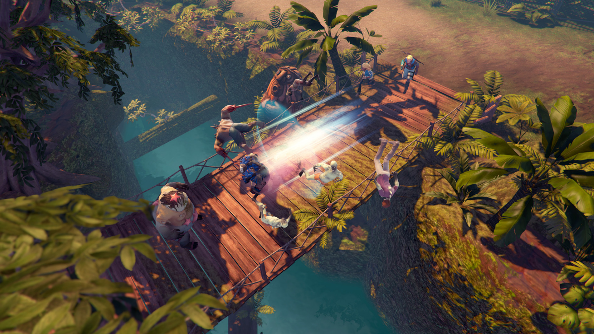 Played cooperatively, Epidemic feels just that much more comfortable. There’s none of the high tensions or toxic player chat of a MOBA as the level of competition is completely different. There’s still a lot at stake; missions award bronze, silver, or gold stars based on performance, and these dictate what XP and salvage reward you’ll pick up at the end of the match. But, perhaps because players have nothing to prove to a computer AI, people seem more willing to work together and help each other out. It’s vital that they do too; Epidemic’s latest update has added a set of new special infected that frequently show up. Splitters spray jets of acid from long distances, Suicider’s are intent on destroying your day by ending theirs, and runners burst from the undergrowth to take you by surprise. They make sure that a split party is a dead party, so keeping formation is necessary in securing the best rewards.

The map size means there’s a lot of running around, and objectives are always placed in new areas so there’s an element of exploration too. It makes Crossroads a very energetic game. Frequently you’ll be running back to base fully-loaded with supplies, slowed down by the weight and with twenty zombies chasing you down. Your team-mates may turn around and carve them apart in hope of buying you more distance between you and the horde, or simply try to run faster by jettisoning their own loot to get back to the crossroads unharmed. These kinds of hairy encounters are what makes Epidemic so unexpectedly fun. 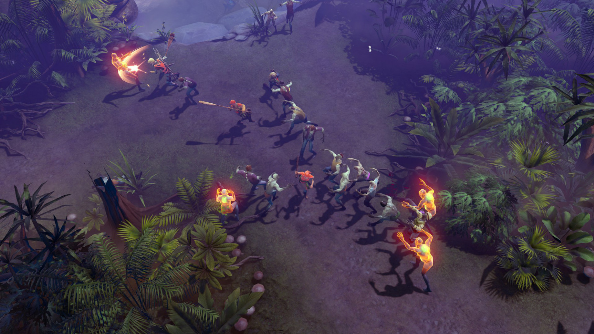 Elsewhere in Epidemic the move to open beta has brought more improvements. The weapons crafting system now allows you to apply modifications to your creations, applying interesting and bizarre new abilities. The persistent weapons is still something that makes Epidemic stand out from the crowd of other MOBAs; your character consistently feels like your own rather than a blank slate. Being able to add elemental effects to a shotgun only makes this more fun.

General progression feels much improved too. With the latest update levelling feels faster and more interesting loot is rewarded, be that just parts to bolt together to make weapons, or blueprints to open up whole new possibilities. Jumping from level to level takes just a handful of matches now, eliminating the sense of just throwing yourself at a grindstone.

Whilst the more traditionally MOBA influenced Scavenger mode is still a strong element of Dead Island: Epidemic, there’s no question that it’s fallen out of the spotlight. Crossroads is good fun for four friends, offering frustration-free corpse smashing in an action-packed but relaxed setting. It’s a great cooperative game that doesn’t tie you into a full story campaign, instead offering up half-hour bursts of teamwork that’s an ideal palette cleanser between other games, or an evening in its own right. The link to the Dead Island franchise and tacky ‘ZOMBA’ mokier makes it easy to try and take the high ground and overlook Epidemic, but you absolutely shouldn’t. Now is the time to discover one of Steam’s best free-to-play offerings for yourself.

TRY IT NOW FOR FREE

Looking for more? See our list of the best PC zombie games.