It’s been over a decade since burly photojournalist Frank “I’ve covered wars” West took a trip to a zombie-infested shopping mall in Dead Rising, but finally the first game in the series has found its way onto PC. The question, then, is has it stood the test of time, or is it, like West in Dead Rising 2: Off the Record, way past its prime?

If you’re looking to see how other games perform on PC, check out the PCGamesN port review archive.

As surprising as it was when I realised that yes, it’s been ten years since Dead Rising launched on Xbox 360, I was just as surprised to find that it’s aged fairly well. It’s a good thing too, as very little has been changed on its journey into the future.

There’s no denying that it’s getting on a bit, with its low resolution textures, often clumsy animation and expressionless faces of NPCs, but Willamette Mall remains a colourful and diverse murder factory, the zombies are still grotesque, and when they’re all gathered together in a gargantuan horde, they remain almost as impressive as they did all those years ago. 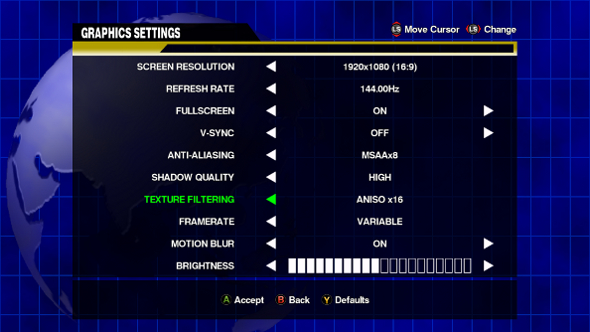 It’s not exactly a dramatic remaster, however. It’s bare bones. The headline improvements are an unlocked framerate, so after years of enjoying it at 30fps now you can make the most out of your fancy 144Hz monitors, a shift from 720p to higher resolutions all the way up to 4K, and multisample anti-aliasing. That’s about it. Well, there’s also a shadow quality option, too. I do wonder if the impending arrival of Dead Rising 4 meant that Capcom didn’t see lavishing visual improvement on the game as a worthwhile investment.

These improvements feel a little more dramatic since Dead Rising is so long in the tooth but don’t make it feel much like a remastered version. It’s just a port of an older game. It’s actually a really solid port, though. Aside from it being really conservative, there aren’t any notable problems. 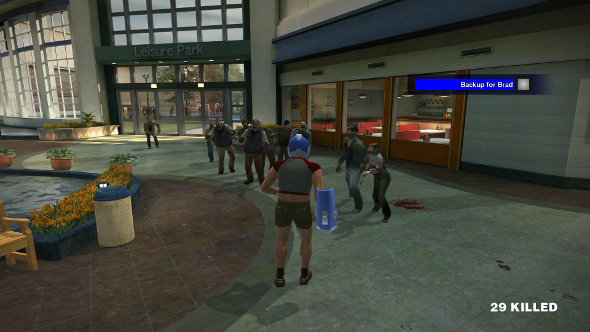 With everything cranked up (MSAAx8, AFx16, shadows on high) and no vsync at 1920×1080, it rarely dips below 200fps, so with a reasonably modern rig you shouldn’t have to worry about turning anything down. And if you’ve got the hardware for it, you can take it up another notch as it supports both 4K and ultra-wide displays.

It’s also worth noting that you’ll barely spend any time looking at loading screens, as they are lightning fast on the occasions that they do appear – obviously a boon for an open-world game. 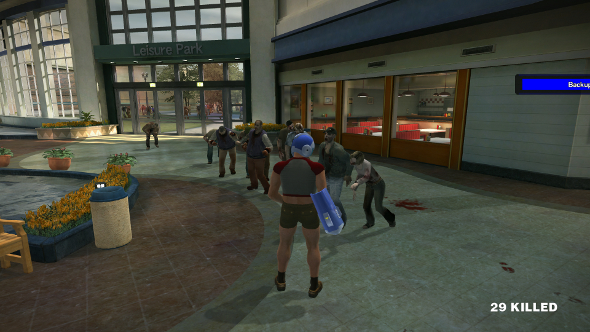 If you’ve got an older PC, then you can turn things down without a dramatic change in fidelity. There’s no preset, but this is what it looks like with MSAAx2, AFx8 and shadows on medium. 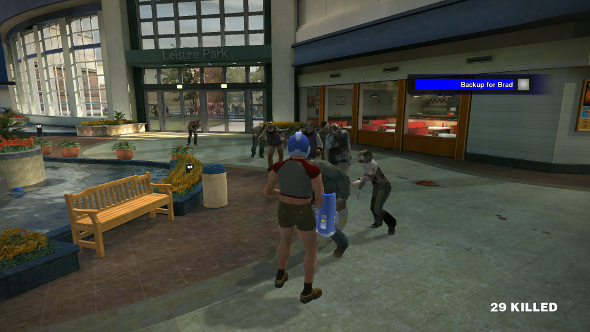 If you’re only hitting the minimum requirements (Intel Core 2 Duo/AMD Athlon X2 and a GeForce 550TI/Radeon 6770), you might want to lower the settings again, turning off AA, using trilinear anisotropic filtering and reducing the shadow quality to low (or even turning it off entirely).

Dead Rising was designed for controllers, and that continues to feel like the best way to experience the game. Conveniently, along with some presets, you can also rebind all of the keys, which is something that even a lot of feature-rich ports forget. If you have a controller allergy, then you can still use a mouse and keyboard and honestly it’s fine. There are sensitivity sliders, the on-screen prompts immediately change, and there’s no faffing. It wouldn’t be my choice, thanks to the mouse acceleration, but it’s otherwise completely viable.

Some users have reported input lag and of course there’s the occasional post on the Steam forums complaining about crashes, though this doesn’t seem to be a problem for the majority of users, including myself. The only issues I’ve noticed is that some of Frank’s costumes and weapons are prone to clipping.

It’s not the flashiest of ports, but Dead Rising on PC is both a noticeable improvement over its progenitor as well as the PS4 and Xbox One remasters. If you’ve already played the original there isn’t really anything new here. If you’ve been waiting a decade for this, however, then you’d have to be crazier than a chainsaw-wielding killer clown to pass it up.