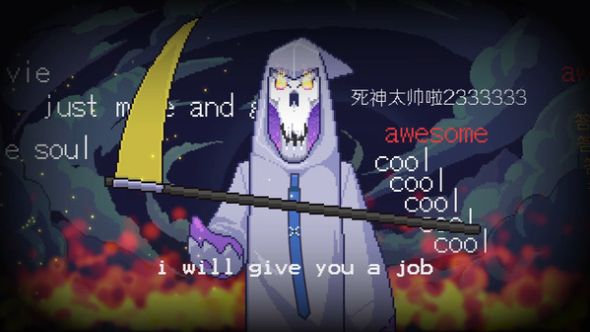 Death Coming, a Final-Destination themed puzzler, has left Early Access after just one day, after releasing as a full game by accident. The game, which ironically tasks players with causing fatal accidents as the Grim Reaper, now holds the record for the fastest-ever departure from Early Access.

Check out some more upcoming PC games, some of which haven’t booted themselves out of Early Access by accident.

In a press release, Death Coming’s developers, Next Studio, say “we uploaded version 426 after fixing bugs all through the night. However, at the same time, we accidentally released the game unexpectedly.”

Unfortunately, despite picking up on the mistake, there’s no way for the game to regain its Early Access status. The team urge players to continue to “consider Death Coming as an Early Access game at least for the time being as we continue to polish the game and bug fix.”

Death Coming’s original launch on November 6 has been well received, despite the potential upset. It’s currently ‘Very Positive’ on Steam, and the team say they’re “still doing their best to make it the best game possible.”