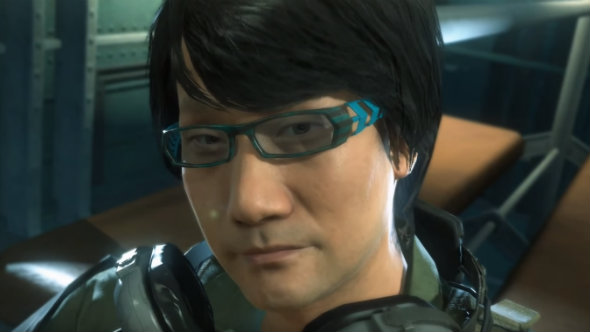 Many words have been used to describe Hideo Kojima. Genius. Madman. Auteur. Legend. Nincompoop. Metal Gear serves as one of the wildest stories in gaming, and Death Stranding looks to be the beginning of something even stranger. What kind of work does it take to pen so many parables about nuclear devastation, or to make players feel ashamed of their words and deeds?

Will Death Stranding’s fetid tentacle tanks propel it to the ranks of the best tank games on PC? (Probably not, honestly.)

Kojima says he works all day, five days a week. Hits the gym twice a week. Has dinner meetings. Maybe squeezes in a book or a movie before bed. Takes weekends and holidays off, maybe hits a museum in his spare time. I dunno, sounds like a pretty solid gig, but given the allegations about Konami’s employment practices, I certainly won’t begrudge Hideo a solid work-life balance.

But what does he do when the grind of game development gets him down? What any self-respecting creator with filmic aspirations would do, of course – watches the making of James Cameron’s The Abyss.

James Cameron is a perfectionist who suffered greatly because not everyone understood his vision.

After that he would make preparations for the next day. That's the kind of determination it takes to create something.

Perhaps we should all learn a thing or two about perseverance from James Cameron and get our own troubled genius cred by repeatedly watching the making of the Abyss. Let’s just hope that Kojima is closer to his Terminator 2 days than his “I want to make Avatar sequels forever” time.