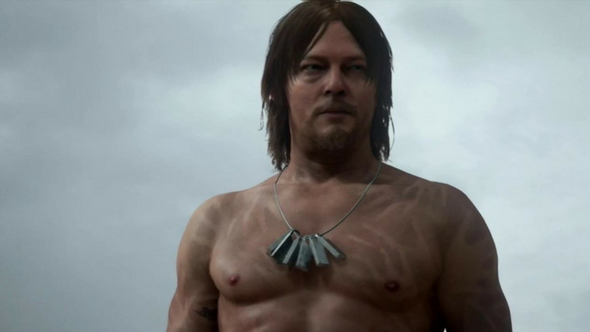 We know little to nothing about Hideo Kojima’s pet project Death Stranding, aside from what we could gather from its debut teaser and other errant footage released so far. What we have seen doesn’t make a whole lot of sense, but that’s fine consider we haven’t played it yet. But, apparently, even playing it might not help to alleviate the confusion.

For games we all might understand a little better, check out our list of upcoming PC games.

During an E3 Coliseum Q&A session, Kojima talked at length about Death Stranding’s development – namely that, at first, no one really understood what he wanted to do with it. He went over the fact that, when he comes up with a new plan, he explains to his team what he has in mind for a game system. When he went to do this with his team for Death Stranding, his team just didn’t seem to understand at all.

“I was trying to make something new and something different,” Kojima stated during the interview. “So, for me, I personally think that if people are opposed to you, then you’re on the right track. That’s game making for me.”

It’s not just Kojima’s team or actor Mads Mikkelsen who feels this way, however. Sony’s own Shawn Layden has played a bit of the game and he’s unsure of what’s going on. When speaking to The Telegraph, he stated that he “couldn’t explain to you what the game is,” which cements the idea that Death Stranding as a whole is still markedly obtuse. Given Kojima’s pedigree, that can only be a good thing moving forward.