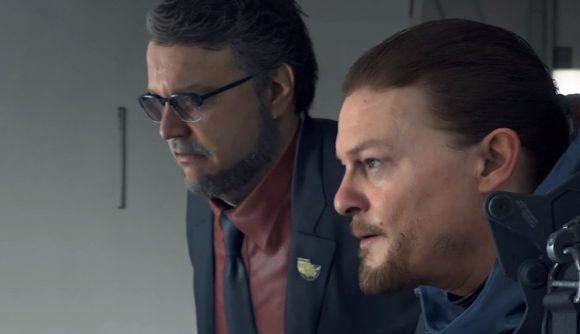 Death Stranding is nearly upon us, and now that a PC port is confirmed I can finally remove the shackles that have kept me from indulging my mature and reserved but sincere Hideo Kojima fandom all over this fine website. Kojima’s messy break-up with Konami seemed to have a big effect on how Metal Gear Solid V turned out, and it led to the complete death of Silent Hills – but Norman Reedus says that’s a small price to pay for Death Stranding.

“Silent Hills had the backstory and people knew that game, knew what it was about and what it would look like,” Reedus tells the Hollywood Reporter. “When that went away, I was bummed, but when Hideo described what we were doing next, I completely forgot about it. I was like, thank God that didn’t work, because this is way better.”

Reedus initially appeared in the Silent Hills teaser that played at the end of the PT demo, but ended up collaborating with Kojima anyway when the director founded a new studio. “I like the fact that Silent Hills didn’t happen, to be honest, because I’ve gotten such a peek into the way he works and the way he thinks, and I’m completely blown away by this guy.”

Pointing toward Kojima’s appearances at the The Game Awards, Reedus says “he’s like the Beatles. Grown men in their 40s are screaming with tears in their eyes like Elvis just walked into the room. I’m like, who is this guy? The Hideo that I know is a friend of mine. He’s had dinner at my house, met my girlfriend and my cat.”

Obviously, Norman and Hideo have to have a trusting relationship for all those lavish foot shots to show up in-game.

Death Stranding reviews have been a bit all over the place – some sites have presented lavish praise for Kojima’s latest dalliance with open-world games, while plenty of others have found that it’s all diluted under the weight of endless wandering and predictably lengthy cutscenes.