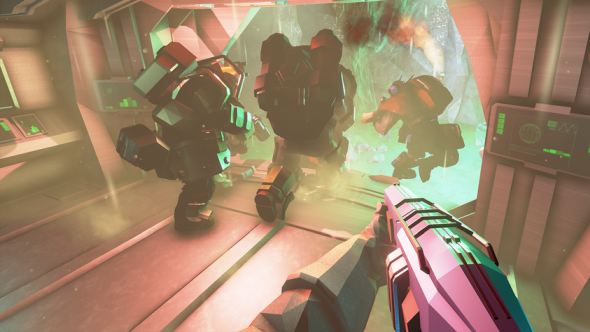 Deep Rock Galactic might have appeared at the Xbox conference this E3, but don’t be fooled: it’s already got a spot saved for it on the PC. This dwarven space adventure is running in closed alpha on Steam at the moment – though we’re certainly grateful for the intriguing new trailer courtesy of Microsoft.

It’s more or less Armageddon: The Game, in which a bunch of gruff men travel into space to drill holes in space rocks. The difference is the drill team have long beards, and they don’t appear to be doing anything so noble as saving Earth – they’re after gold. Apparently a new environment hasn’t altered the dwarves’ taste for the shiny stuff.

You’ll lead a whole gang of miners into procedurally generated cave systems – either alone or in four player co-op – and attempt to dig out everything valuable without being nibbled to death by oversized insects.

The dwarves will have distinct class and weapon systems, while the caves will fall into volcanic and icy biomes, to name but two of the environments you can expect to explore.

Deep Rock Galactic will come to Steam Early Access and the Windows 10 store early next year.