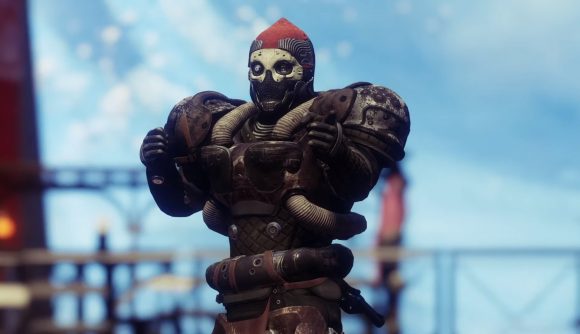 Since the launch of Shadowkeep, Destiny 2 fans have been stuck on an previously-obscure lore entry in a quest to unlock a massive secret supposedly waiting within the game. The idea? Reach level 999 and beat boss Dul Incaru solo to unlock “the true ending of the Dreaming City.” Players have finally managed to meet the criteria, and while nothing’s happened yet, Bungie is working to keep hope alive.

The lore entry ‘act|choose|react’ was added in Forsaken and it mentions a challenge to “achieve Light Level 999 and defeat Dul Incaru in a one-person fireteam to unlock the true ending of the Dreaming City.” Based on lore connections that are too deep to get into here, there’s a strong possibility this was always meant to be a red herring, and at the time it was impossible to reach 999 Light anyway.

While there’s still a lower hard cap for Light level in Shadowkeep – or rather, Power, as it’s now known – the addition of the seasonal Artifact means that it’s possible to exceed that cap. Players did the math earlier this month and realised that it was theoretically possible to hit 999, and since then, there’s been a race to get there and solo Dul Incaru first.

Bagel4k won that race, and while the gags and memes have flowed freely since, there was never any in-game acknowledgement of the achievement.

Wish 15 activating on @Bagel4k's Dûl Incaru kill is probably one of the craziest things to happen in Destiny history pic.twitter.com/4chADKzpYI

Bungie put out a blog post today that mostly seems to be a congratulations for Bagel4k completing a substantial, but ultimately meaningless challenge – except for the apparent messages from Savathun, mysterious text, and a series of similarly bizarre tweets from community manager dmg04.

“I am Savathûn, ravenous! I have set the snare and baited the trap,” the extra text says. “Is victory so easy, hero? I am the finality, the reward—I am the true ending. This is another gift. Your strength is my strength. Your victory is my victory. My jaws are wide and I am waiting. The wait is long, but I am ceaseless. I am Savathûn, fulfilled, delighted, expectant.”

It sounds like master of lies Savathûn is rejoicing for having successfully set a trap that drew in a swelling number of Destiny 2 fans – but it could also be a hint that something bigger is coming. Either way, Bungie has effectively kept the speculation train rolling with a couple of tweets and a single blog post.

Check out the Destiny 2 Shadowkeep exotics list if you’re looking to catch up on everything and build your own path to 999. I can’t tell you what’s happening, but I’m pretty confident something will happen. Eventually. Maybe not related to any of this, though.