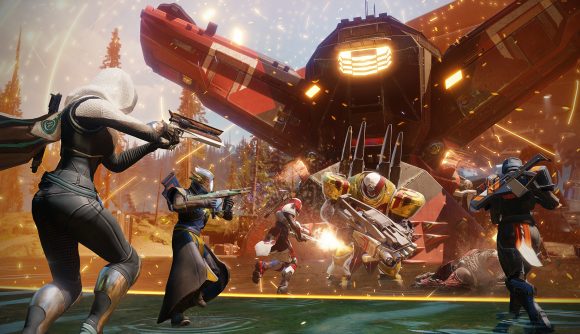 You’ll soon be able to automatically fire single-shot weapons in Destiny 2. That’s a feature that will help a lot of players, and it’s one that’s coming as part of a broader accessibility initiative at the studio.

Senior designer Robert Schuster explains that “I was hesitant at first to mention [to designer Chris Proctor] one of my barriers: fast firing non-automatic weapons like scout rifles and hand cannons cause me hand pain during longer sessions. Why couldn’t we have a way to enable auto-fire on these kinds of weapons? I braced for a negative response. Instead, he heartily agreed and mentioned it was something he had already been considering as something that we could work toward including in the game.”

As Schuster notes, the devs have been hinting at these changes in recent blog posts, and “we hope you’ll stay tuned for more updates”. Members of the moderation team also plan to provide more mental health resources for struggling players. Players are also being encouraged to post on the Bungie.net help forum for further suggestions on how the devs can provide help with accessibility issues.

This news comes alongside some developer-focused diversity and inclusion updates, too. You can read the full blog from Bungie CEO Pete Parsons for yourself, but one of the most notable details is this: “We will be eliminating the mandatory arbitration clause in all our employee agreements, given the growing concern that arbitration may not be the fairest way to resolve employment complaints.”

Mandatory arbitration is a clause in many employment contracts which requires employees to go through a company-mandated arbitration process for legal disputes. In other words, it prevents employees from suing a company over, say, sexual discrimination issues. Forced arbitration was a major factor in the criticism of Riot Games in 2019, and has come up in employee demands of Activision Blizzard more recently, too.