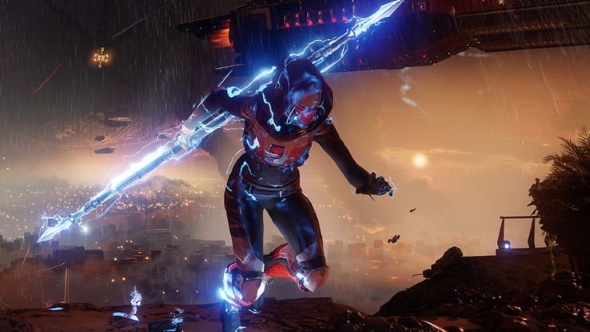 Bungie and Activision have released an action-packed trailer for Destiny 2’s 4v4 Crucible mode, in which players fight it out for honour, glory, and dat sweet loot.

See what’s on its way in our list of upcoming PC games.

Destiny 2’s Guardians are like gunslinging superheroes, and the new trailer gets that across with plenty of pyrotechnics and some flashy maneuvers.

One example shows a Hunter sniping a dude, wading in with an SMG, punching a guy in the face, switching to a revolver and popping off a shot, then jumping through a portal before pulling out an energy staff and letting rip.

From there, a Titan wades in with a shoulder charge and fires some shots from an assault rifle. They then whip out an energy barrier and ready a rocket launcher, quickly powering up their special and bouncing a shield off opponents like a burly Captain America.

Check out the new trailer above. Destiny 2 will release for PC on October 24 – here’s everything we know about the game.