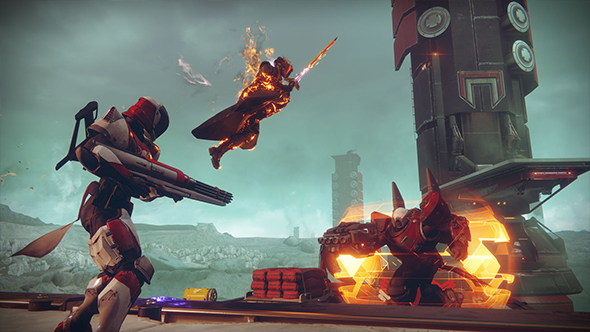 Destiny 2 is out on PC and it’s pretty much all anybody can talk about. (Hey, we’re guilty too.) But one weird detail that’s gotten lost amid the launch day rush is the fact that Destiny Tracker’s daily population report has been pulled down by the site’s admin.

Looking to dive in to Destiny 2? Check out our beginner’s guide.

The daily population tracker now shows a message that reads “We’ve removed this chart because people are using it to spread a false narrative of the Destiny 2 player population. Daily Unique users is a misleading statistics to use as basis for the active population of the game, any game in that matter. Not everyone plays video games 24/7, besides maybe at launch. We hoped our article would’ve cleared this up a bit but it seems it hasn’t. To halt people from making false narratives based on the numbers we provide we decided to stop showing them in this chart.”

That comes after posts like this one from Reddit, which show Destiny’s player counts on console dropping precipitously in a fairly short span of time. There are of course various ways to interpret that data, but it does mean that fewer users are making daily logins to Destiny 2 – and it’s important to note that these are daily active users rather than peak concurrents.

There are a variety of reasons for the drop in players. One is a natural falling off after exhausting the starter content. Destiny has less content than the MMOs it often emulates, and once you’ve gotten your gear and done the raids, there’s not much to keep you coming back unless you’re deeply invested in PvP. There’s also the obvious mark that yeah, nobody plays videogames 24/7.

But none of that changes the fact of the data, and it’s bizarre to see a theoretically independent API tracker take efforts to obscure that information, even in light of it being used to suggest Destiny is losing popularity.