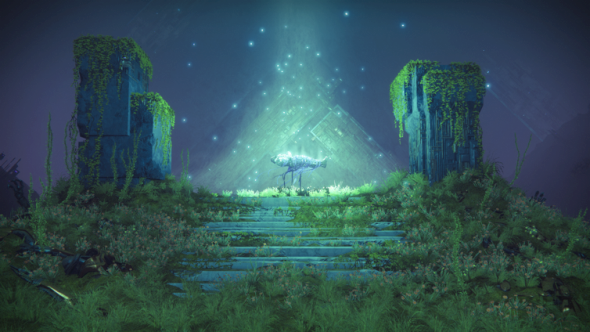 Future Destiny 2 expansions and updates will include “more collectibles and hidden secrets,” according to co-game-director Christopher Barrett. It seems these may also include dead Ghosts, a kind of collectible featured in the original game but absent so far in the sequel.

Here’s how to get Sagira’s Ghost Shell in Destiny 2.

That’s according to Barrett’s tweets last night, inwhich he simply replied “yes” to a fan asking about “[collectible] items like dead ghosts” making a return. Barrett then clarifiedthat he only meant “we are adding more collectible and hidden secrets to future expansions,” so he may only have meant collectibles likedead Ghosts, rather than dead Ghosts themselves.

In the original Destiny, dead Ghosts were hidden in nooks and crannies around the environment. When found they would unlock a grimoire card for you to read online or in the mobile app. These cards contained much of the game’s lore, and a lot of it was pretty great, but this arduous effort to access it kept it from most players’eyes.

This is partly why the grimoire was scrapped in the sequel in favour of scannable objects, which your own Ghost will then explain. Given that they don’t unlock anything, and the lore is only delivered from your Ghost’s perspective, they’re a bit limited compared to grimoire cards.

Whatever Bungie’s solution, this is exactly what the game’s hardcore players – those who are presently complaining the loudest about its condition – have been crying out for. Hidden quests, like those for Saint-14’s shotgun and Sagira’s Ghost Shell, have been among the most well-received of the recent Osiris DLC.

We’ll likely hear more on all of this in Bungie’s weekly update, which is due this evening, and will be the first of the new year. After a largely hostile response to The Dawning seasonal event and its heavy focus on microtransactions, the devs have promised to outline a number of long-term changes to Destiny 2. We can also expect news on the next event, the Valentine’s-themed Crimson Days.