Destiny Item Manager (DIM) developed to become an indispensible tool for inventory management in Bungie’s loot-fuelled shooter, and if you’re considering the sequel when it comes to PC, you’ll want to know that the fans behind it have now released an update.

What will fill your vaults? Eventually, piles of Destiny 2’s Legendary and Exotic gear.

You can find DIM here. It now works as a webpage (rather than a Chrome extension, thankfully), so give it a bookmark. 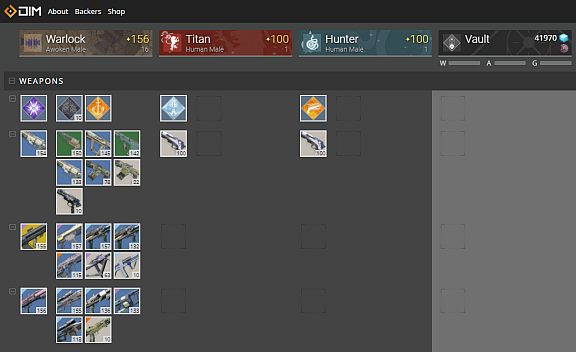 The Destiny 2 version is barebones right now, as console users are finding. It simply lets you move items between your Vault and your three characters, though it’s a huge time- and stress-saver not having to do this manually from the game.

By the time Destiny 2 comes to PC, the likelihood is that the app will have still more helpful functions. DIM still works in the original Destiny, and its latest version enabled you to automatically equip a character to maximise their Light, and even to review the quality of the stat rolls on each item (though that function is redundant in the sequel thanks to its streamlined gear system). 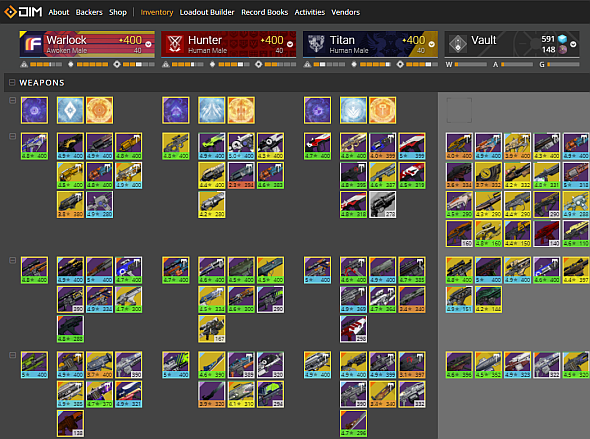 After a few hours in Destiny, a little help with inventory management becomes pretty important.