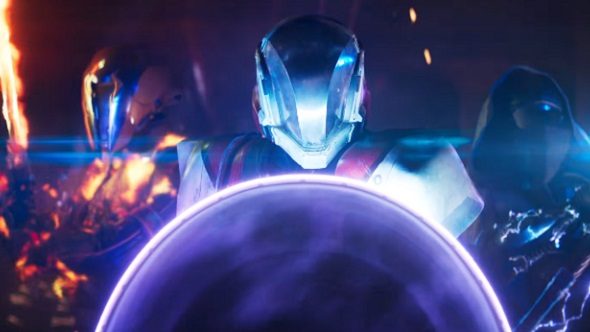 While the PC release of Destiny 2 is still a ways off, Bungie are already sending the hype machine into overdrive ahead of the console launch on September 6. To get Guardians ready to battle, they’ve just released a special live-action trailer, directed by Kong: Skull Island director Jordan Vogt-Roberts.

Suddenly interested in the game? Get up to speed with everything we know about Destiny 2.

The main thing to note with this bombastic trailer is that Bungie have ditched the super serious tone of the first Destiny and are embracing the inherent ridiculousness of a game where you can play as a space wizard.

Cayde-6 is in max wisecrack mode for this trailer, getting the team of Guardians riled up to fight as Earth’s invaders have destroyed everything a human could possibly love – including puppies. Interestingly enough, the aliens will have destroyed different things depending on what region you are from, with the UK version lamenting that the aliens have destroyed fry ups, Sunday roasts, and cups of tea. The monsters!

This trailer is light on story, it exists more to hype everyone up by showing some of the super cool stuff you’ll be able to do in Destiny 2. The action is certainly exhilarating it does its job as a hype trailer. It does a lot better at getting fans excited than tie-ins with Pop Tarts and energy drinks, at least.

PC players are going to have to watch their console brethren in envy for a month, as Destiny 2 doesn’t release on PC until October 24. Just stay strong and continually watch this trailer, you’ll get through it.