In a short thread on Twitter yesterday, Smith addressed the changes that have been made to shaders in Destiny 2. In the original game, shaders were items you applied to your character to change the colours of your armour. Once you unlocked one, you could create infinite copies of it, but in Destiny 2, they are single-use consumable items.

Like flashy stuff? Here is every Exotic weapon in Destiny 2.

They can now be applied to individual armour pieces, as well weapons, Sparrows, and ships. That’s a more positive change as it allows for a wider range of customisation options than ever, but the shift to consumables has dominated the conversation with negativity. Here’s what Smith said:

Shaders are earned through gameplay: leveling, chests, engrams, vendors. We expect you’ll be flush w/ Shaders as you continue to play. (1/4)

“Shaders are now an ongoing reward for playing. Customisation will inspire gameplay. Each planet has unique armor and Shader rewards.”

In thelatest weekly update, Bungie community manager David ‘DeeJ’ Dague also addressed the controversy, referencing Smith’s comments. DeeJ says “in Destiny 2, there are more options than before for earning and applying colour to your character, your ship, your weapons, even individual pieces of armor.”

Bungie seem to be arguing that shaders being consumable and dropping from gameplay adds another avenue for players to engage with Destiny, and that they should be thought of as their own reward now, no different in essence to Raid gear. If you think that sounds ludicrous, we refer you to Smith’s last tweet in that thread:

With D2, we want statements like "I want to run the Raid, Trials, or go back to Titan to get more of its Shader" to be possible. (4/4)

You’ll note that both Smith and DeeJ neglect to mention that Destiny 2’s loot boxes are another source of shaders. Here’s hoping the post-20 drop rate Smith mentions is generous enough to satiate everyone’s fashion needs.

Update September 7, 2017:After the scandal of gameplay-affecting items being available for real money, the new shader economy adds another wrinkle to Destiny 2’s microtransactions model.

In a change from the original game, Destiny 2’s shaders are one-use, and no longer apply to all your armour pieces at once.

In the original Destiny, once you unlocked a shader, it was unlocked for good – you could claim infinite copies of it from your vault whenever you fancied. In the sequel, they’re consumables – if you apply one and fancy replacing it, it’s lost for good. A small fee in glimmer is also charged for the privilege of applying a new shader, which leaves a sour taste.

Sources of shaders include but are not limited to Bright Engrams. These are Destiny 2’s loot boxes, which can be bought for real-money microtransactions, and which also drop at every level you gain after the cap of 20 (so, plentifully). They are also entirely cosmetic, and do not affect gameplay (unlike some other loot box contents). 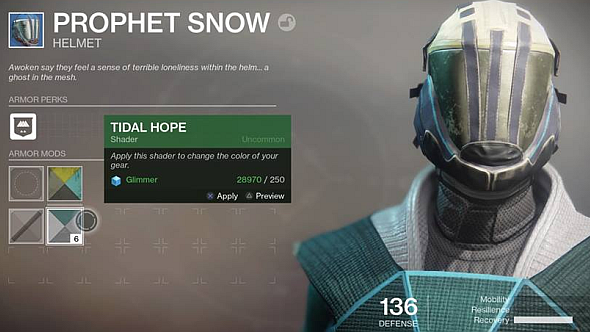 Nonetheless, dressing up your character is a huge part of the fun in Destiny. Though the ability to apply shaders individually to guns and armour pieces is a step forward in this respect, the move to consumable shaders is a big limitation that seems to have been designed to encourage microtransaction spending.

Most of the threads on the Destiny 2 subreddit are complaining about this, as aquick lookreveals. The most popular one (with 37,000 upvotes) calls for a boycott of microtransactions until shaders are restored to unlimited use. OP WeilageM argues that even if it’s easy to build up a stockpile, unlimited shaders are clearly better for fashion purposes, and there’s no reason to make them consumable unless “you’re supposed to run out, get impatient, and just start dumping money into Eververse so you can have a stockpile” of the ones you want. 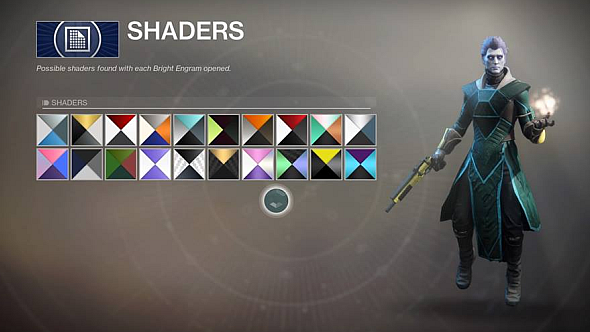 Since our original story on gameplay-affecting mods (see below), it’s become clear that Legendary mods – of higher quality than the rares that can drop from Engrams – are available from the Gunsmith in exchange for readily-available weapon parts once you finish the campaign.

The impact of the gameplay-affecting content in Bright Engrams is therefore minimal, as we suspected it might be.But given that Activision and Bungie must have known what kind of reaction would ensue from even a whiff of pay-to-win, it’s no less baffling why they were included in the first place.

We took a look at every single item that can drop from Destiny 2’s Bright Engrams. Check it out in the video above.

Original story September 5, 2017:Thanks to Destiny 2’s regional midnight console launch, and the fact that servers are now live and can thus be used by anyone with an early physical copy, dozens of streams are already broadcasting gameplay. Watching one, we spotted that the microstransactions store is selling items that directly affect gameplay.

Destiny streamer KingGothalion was inspecting the possible contents of Bright Engrams, which can be purchased for Silver, Destiny’s real-money currency, at microtransactions store Eververse.

The possible contents of Bright Engrams include the following:

Here’s the archive of KingGothalion’s stream. He checks out Eververse at 04:14:50. 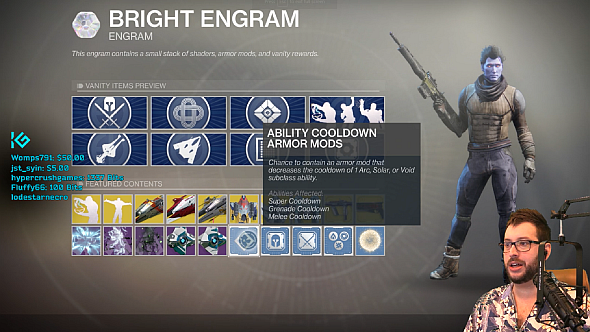 There’s no question that these mods confer a gameplay benefit; changing the elemental property of a gun will help pop some enemies’ shields in PvE, higher stability equals more accurate shooting, and lengthy ability cooldowns were a key point of feedback from the console beta.

It’s important to point out that, after you reach level 20, Bright Engrams will drop whenever you gain a new experience level (like Motes of Light did in the original game), meaning that you can earn an unlimited number during the course of normal gameplay. You also can’t buy Bright Engrams before level 20, so there’s no way to acquire this stuff before it starts dropping anyway.

The actual gameplay impact of these mods remains to be seen, but unless it turns out to be huge, I wouldn’t personally call ‘pay-to-win’. 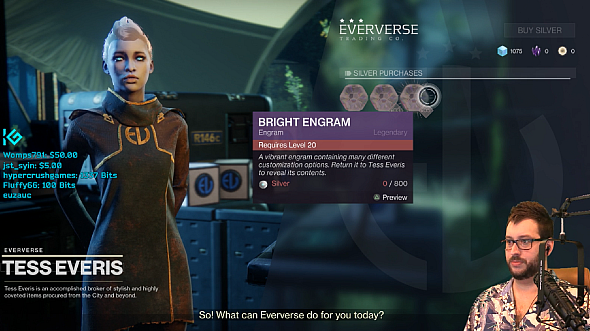 Update September 6:Silverhas just been listed on PSN and Xbox Live. Here are the prices:

As for Bright Engrams, according to KingGothalion’s stream, here are their prices:

This means an individual Bright Engram costs £1.80 or $2 (dividing the real money cost of 500 Silver by 2.5 to calculate the price of 200 Silver, the price of one Engram).

Besides these weapon and armour mods, Bright Engram contents are comparable to Eververse stock from the original game: they’re either purely cosmetic, or armour with stats so low it needs infusion to make it worthwhile, meaning it needs a loot drop from normal gameplay. Cosmetics have been hugely expanded, however: new items include transmat effects and Exotic sparrows, ships, and emotes – including the excellent ‘Salty’ emote, which to be fair, I’d pay for. Here’s Bungie’s FAQ on Eververseand the contents of Bright Engrams. 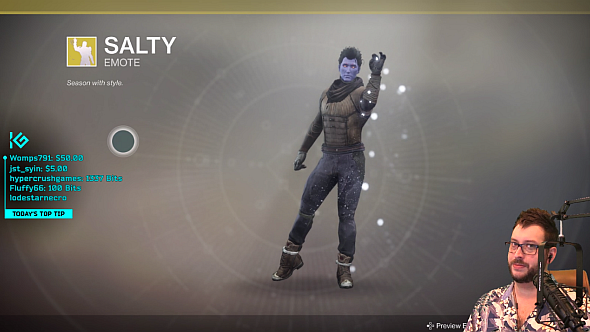