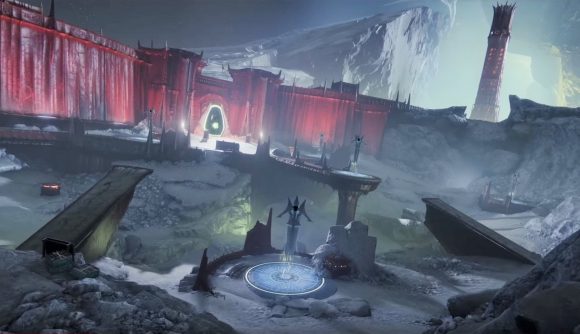 Destiny 2 fans had better get their virtual walking booties on because the Moon in Shadowkeep will be twice the size of the original map. Bungie’s upcoming expansion will have players returning to the once-familiar destination, but this time around there will be much more to explore, and many more places to conceal the game’s new twists and turns.

In a Bungie developer video titled Return to the Moon, members of the team give insights into what we can expect from the Shadowkeep expansion. “In Shadowkeep, the Moon has entirely changed,” said art lead Mike Poe “It’s completely remastered, there have been a bunch of different changes both large and small for players to experience on their own and find.”

Bungie’s design lead Ben Wommack explains that players can expect a lot more compared to their last trip to the map. “We have about double the amount of space,” Wommack says. “There’s more than twice as many places that you can go.”

The developer diary goes on to show behind the scenes work that is going into the expansion, as well as many of the new locations. From the video, we can get a look at the blood-red Hive tower, as well as the Fallen Cache from Destiny 1.

In Shadowkeep players will get to go “deeper into these structures on the Moon” and explore their mysterious and spooky depths. “It’s meant to feel like you don’t really know what you’re going to find,” says Poe. “You’re not really sure how to traverse this land.”

The developer video also shows an in-game cinematic of Eris traversing the depths of the Moon and waking up a “hidden darkness.” Eris Morn was introduced in Destiny 1’s moon-based expansion the Dark Below.

There are plenty of mysteries to be solved, so make sure you’re up to date with all the latest details on Destiny 2 Shadowkeep before is was released on September 17.