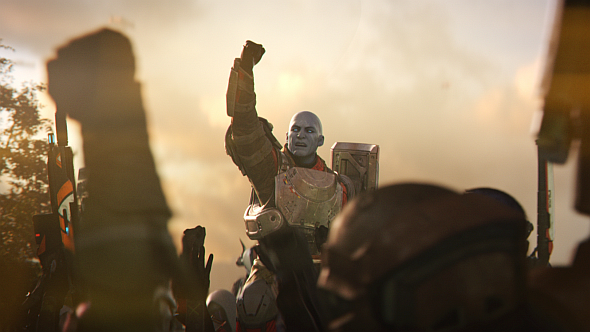 Bungie have clarified what will change in Destiny 2’s PC beta.

Console players got to sample the sequel’s action in July, but the beta isn’t scheduled for PC until August 28, 2017. As frustrating as the delay may be for PC wannabe Guardians, Bungie have at least taken some of the lessons learned from the console test to roll out for the PC beta.

Here’s what else is on its way in our list of upcoming PC games.

“During the console Beta, we learned a lot from the players who entered the Crucible,” says Bakken. “Some of these learnings will be on display in the PC Beta. Our core goals haven’t changed. We still want to serve all players who love the thrill of competition with fair and fun matches. We have, however, done a bit of work under the hood.”

“One of our goals for Destiny 2 has been to create two different ways to challenge yourself against other players. From this point forward, to allow for more varied experiences between the playlists, matchmaking for Quickplay and Competitive will be tuned separately. Along with some other changes to the rule sets for specific game types, these are the moods we want to cultivate in the new Crucible.”

What does this mean in practice? Quickplay and Competitive playlists each get their own adjustments, with the former looking to get you into the action faster than ever, without worrying so much about matching the competencies of players. Consequently, the latter may take longer to load to ensure the matchmaking with your peers is accurate.

Bungie have also lengthened the spread to avoid “Mercy” calls occurring too abruptly, especially in Quickplay, and boosted match times of some Crucible modes such as Control, so players can actually use their Supers before the match is over.

Here’s a list of other “major adjustments” Bungie have made for the upcoming PC beta:

Destiny 2 will release for PC on October 24, 2017. Here’s everything we know about Destiny 2 so far.