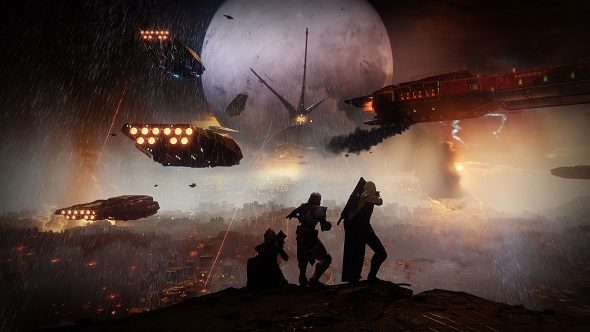 While many of you are no doubt enjoying Destiny 2’s PC beta, a handful of would-be Guardians are struggling to join in on the fun. Starting with the ‘Saxophone’ error, users are currently contending with an error called ‘Chive’.

Don’t make an error with your role; pick the right one with our Destiny 2 class guide.

The Chive error code appears on booting up the Destiny 2 beta, with players simply getting a black screen and the error message. According to Bungie Support, the Chive error may be the result of players not having updated drivers, so double check everything is updated before trying again. If that doesn’t work, keep an eye on the Bungie Help Twitter for the latest information on launch errors.

We are actively investigating reports of CHIVE errors when attempting to launch the Destiny 2 PC Beta. https://t.co/kQh3F4RkSP

For those who have got into the beta, many are panicking that their real name is appearing instead of their Battle.net tag when playing with randoms. You need not worry as your real name will only appear when you are playing with people registered on your Battle.net friends list. Even then, you can turn the Real Name feature off in Destiny 2’s settings, if you’d prefer your fellow Strike Team members to refer to you by XxCoolGuardian420xX.

If you’re wondering about the odd error names, it is Bungie tradition to give errors silly titles – with the original Destiny having errors called Baboon, Beaver, and Vulture. I suppose they are more memorable than a random assortment of numbers.