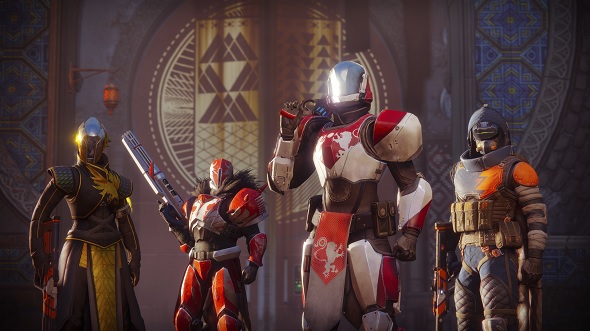 Three years ago, Bungie took the loot grinding and instanced challenges of MMORPGs and married them with Halo’s fantastic shooting to create a decidedly console experience in Destiny. Now that the sequel has hit PC, the loot-shooter has come to an audience well-acquainted with its style of gear hunting and dungeon raiding. While games like World of Warcraft and Eve Online try to cultivate long-lasting communities, however, Destiny 2 seems completely uninterested. The race to the top, if you did not bring friends, is a lonely experience in Destiny 2.

Maybe Bungie will improve on the social features with the forthcoming Destiny 2 updates.

Destiny 2 is a game about overcoming increasingly tough adversaries with a group of friends, but it does not make finding them easy. Sorting out a session with your local guardians is a blast, but sorting out a time you can all play is absolutely not – neither is picking up the game solo, without an established fireteam to blast through with. Previously – when introducing voice chat to the first Destiny – Bungie clarified that they believe in the “notion of consent” with regards to communication, considering the philosophy to lead to more a pleasant experience. You will not hear from anyone, unless you go out of your way to do so. 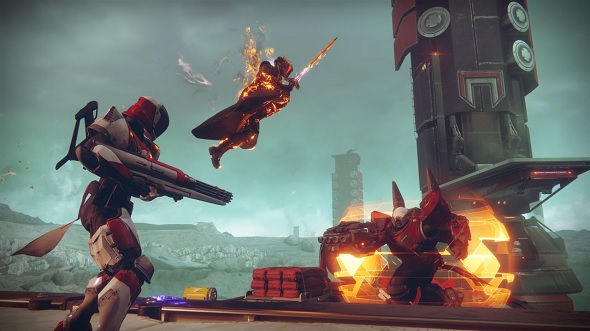 With so much of Destiny 2’s gameplay requiring co-ordination, however, the lack of any sort of open communication is a bit of a sting. Communication in console games is, for the most part, reserved to voice chat. It is understandable, given the poor reputation of strangers on mic, that Bungie would prefer a more silent approach with Destiny on those platforms. But over on PC we can type. As such, we have a chat box, but it sits redundant at the bottom of the screen – why shouldn’t it, when the options it currently offers are so limited? You can chat to players in your existing team or fireteam, and message friends on BattleNet – and that is it. Without regional chat, or personalised channels for communities, other players end up being little more than an extra gun out in the world.

Channels, in particular, are a huge loss. In a more traditional MMORPG, micro-communities can be formed through people who enjoy certain aspects of the game, using channels to form groups to tackle specific content together. They can be used to teach new players, or discuss the best builds and strategies without tabbing out to a wiki. But without text chat for nearby players, in Destiny 2 it can even prove hard to find ways to thank a player for sharing in a tough victory during a public event, or simply to shoot the breeze as you all go about your daily activities. And asking for help from those around you is just not possible. 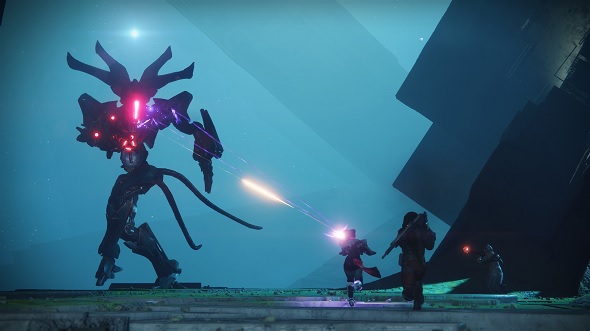 I am not going to pretend that the lack of public chat is entirely a negative thing – this is not a demand for Barrens Chat in Destiny 2. Locking out communication locks out harassment, slurs, spam, and all sorts of undesirable communication – things a huge title like Destiny is bound to attract. The way it is set up currently means Bungie does not have to expend resources on moderation, and players are kept away from toxic elements. It is fantastic to have a big-budget online shooter where I am not regularly rolling my eyes at other players, and reaching for the report button.

But, Crucible aside, Destiny 2 is a game where I am cooperating, not competing with other players. It is not focused on a solo narrative, and it is hard to imagine having fun if I had jumped in without the external group of friends I explore the alien wilds with. So many aspects of gameplay, from pick-up strikes to flashpoint roams, seem built to get you working with strangers – working together to teach each other the game. But as long as Bungie keeps communication locked down, Destiny 2 will continue to be a lonely and sterile experience for much of the time.