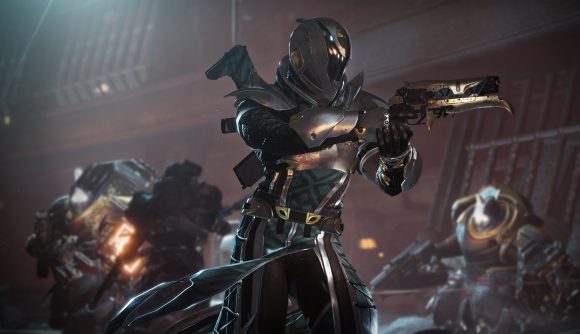 Destiny 3 has just gone into full development, and Chris Barrett is taking over directorial duties from Luke Smith. The upcoming sequel also aims to fully court the series’ most hardcore fans by leaning far further into RPG mechanics. At least, that’s the word from one of the community’s most prolific leakers – and while that means you need to take all this info with a grain of salt, there’s enough precedent to suggest this is more than speculation.

If Destiny 3 has indeed just entered proper development, that means we probably shouldn’t expect it next year. Instead, we’re likely to see another three-year cycle on Destiny 2, with a second major expansion next year and Destiny 3 to launch in 2020 – or perhaps even later.

AnonTheNine, a well-respected leaker among the Destiny Reddit community, says that the game will feature Guardians using the Darkness. There are also set to be PvEvP patrol zones, and one patrol zone will be set on Europa. Anon does make clear that the hybrid PvP/PvE zones won’t be like The Division’s Dark Zone, and instead will be more “like fight for a territory.”

After Destiny 2 focused more on casual players, it’s slowly tried to recapture the hardcore crowd, particularly with Forsaken. The third game is set to be “will be even more ‘hardcore-y,’” with a heavy focus on RPG elements that Anon suggests might sacrifice appeal among the casual crowd.

Anon’s noted some of the most obscure changes that made their way into Forsaken well before they were widely known, so when when they provide info the community tends to take notice. That’s not to say this is all set in stone, however – aside from the potential accuracy of these leaks, a game this early in development is subject to massive changes at a moment’s notice.

Regardless, Destiny 3 is likely years away. Check out our Last Wish raid guide for help on completing the current highest-tier challenge in Bungie’s loot shooter – you’ll have plenty of time to occupy before the sequel comes around.