I’ve been playing Destiny consistently since the original game launched, way back in September 2014. Colleagues at PCGamesN have, understandably, described me as a fan.

This used to bother me. From day one Bungie’s behemoth has been remarkable as much for its frustrations as for what it gets right, and to be known as the ‘Destiny guy’ suggests I haven’t noticed its flaws. There were definitely moments, after one too many disappointing stories or mind-numbing grinds, when I would’ve quit playing if not for the fact that knowing the intricacies of this huge game is useful for my job.

This is to say that if you’ve tried Destiny before and bounced off, I get it. But you may have been watching from a distance, wondering if there would come a time when it got good. I imagined this moment way back in our Destiny 2 review, in which I concluded: “if you aren’t sold, you don’t need to decide now. Destiny will undoubtedly go on.” Indeed it has, and as of this year, I’m going to put it out there: now’s the time. Destiny 2 has been improving for a long while, but it’s really, properly good now.

The key turning point was the most recent expansion, Beyond Light. I praised its content in our review – Europa is a breathtaking destination, and Deep Stone Crypt, while easy, had some enjoyable mechanics and the transcendent space walk sequence – but its dramatic impact on Destiny’s storytelling and update models wasn’t clear at the time. But now, in hindsight, November 2021 was the moment that, after six years, I really did start to love Destiny. 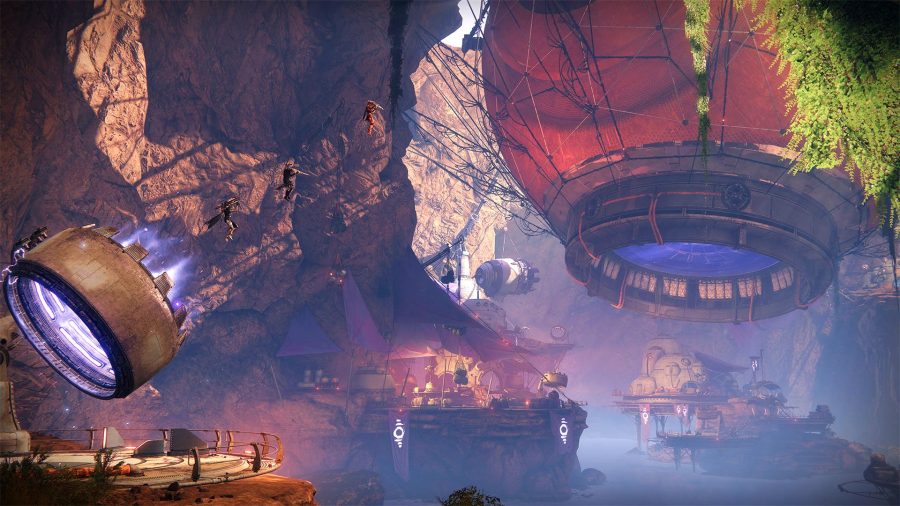 Each season now has a self-contained story that unfolds over the course of several weeks before pausing, to give those of us on busy schedules time to catch up. Bungie does as good a job as can be expected, given Destiny’s bloated cast, of giving everyone some time in the spotlight, and all the different arcs look set to come together in a grand crescendo with The Witch Queen expansion in February. These stories have delved into the warrior culture of the Cabal, the cultural schism within the Eliksni, and the ramifications of resurrection in Crow’s struggle with his past and current identities.

Beyond Light and Season of the Splicer gave us a moving insight into the mindset of the so-called ‘Fallen’ that we’ve been mindlessly killing for seven years: who wouldn’t feel angry at the arbitrary desertion of a once-benevolent god, or hateful of those now receiving its favour? And how wrong are we to view that whole species as an evil monolith, especially when shown a subfaction who choose not to react to our blessing with hate, but with acceptance and continued faith in said god?

As a looter shooter, Destiny has always thrown endless hordes of enemies at you, but without this kind of context it was easy to see them as interchangeable and meaningless. It’s exciting that this is harder to do now. 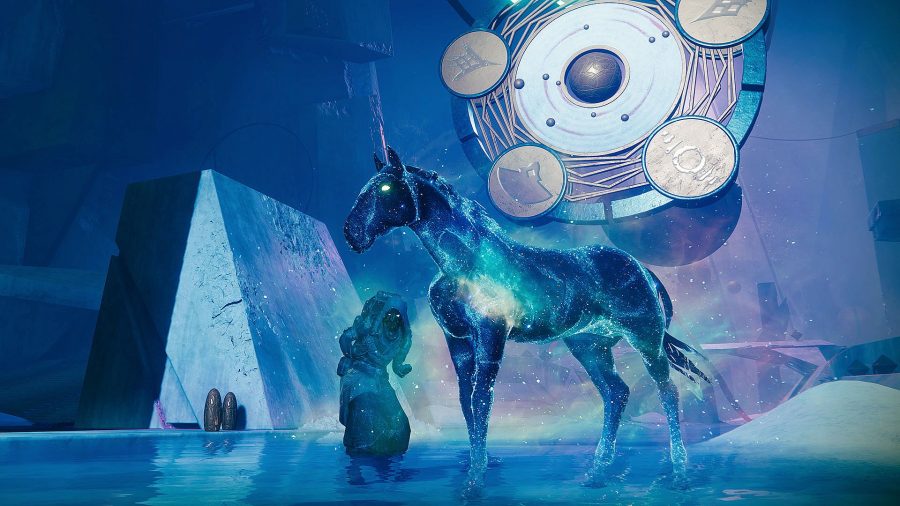 The few moments when I have been a Destiny fan in the past have involved its lore: I was one of the nerds who checked out the grimoire cards from the original game, and gradually understood that some great stories could be told in Destiny’s unique, baroque sci-fi universe. But with the possible exception of Forsaken, nothing that we’ve actually seen in the game has delivered on that potential until now.

Arguably the original Destiny meme, the Loot Cave was 'discovered' shortly after the launch of the first game. It saw handfuls of Guardians, myself included, congregate around a cave and shoot its infinitely spawning enemies in hopes of getting some purple loot to drop. Though the chance of that happening was very low, this was felt to be a more efficient method than actually playing the game.

Besides delving into the lore and culture of our opponents, the new seasonal model enables characters to go through much richer development arcs. We’ve seen Ikora steadily lose patience with Lakshmi-7’s divisive propaganda and Zavala trade dry witticisms with Empress Caiatl as the two develop an uneasy alliance based on mutual respect. Their actions correspond to their motivations, they defend values, and in so doing cause twists and turns before each arc arrives at meaningful conclusions.

It’s extraordinary how quickly and completely all of this clicked into place after Beyond Light and how much it’s transformed my enjoyment of the game, which is why it was so distressing to learn that the narrative team were among the people most affected by the alleged abuse at Bungie outlined in IGN’s report in December. 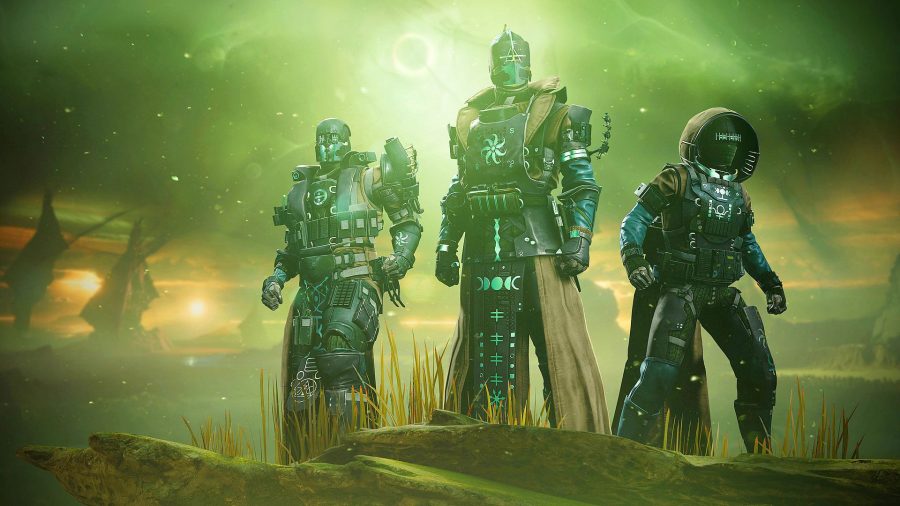 Beyond the story, the most recent updates to Destiny 2 have seen it embrace its potential for silliness. The 30th Anniversary pack is a joyful bundle of internal references and confusing canonicity. The new dungeon – a premium piece of endgame content – is essentially based on a meme.

Meanwhile, Dares of Eternity is Bungie embracing the multiverse: powerful weapons inspired by its own previous games, such as Halo, are available to win in a cosmic game show hosted by a transdimensional horse. It’s the most joyfully daft, knowing writing the game has ever had, and a far cry from the po-faced melodrama of Destiny 1’s vanilla campaign.

I've never known a game so thoroughly discussed, so adept at both generating and dividing opinion

The loot from the seasons of the Chosen, Splicer, and especially the 30th Anniversary pack is also some of the most desirable and effective in Destiny history – so much so that I worry about some kind of reset in The Witch Queen, but in the meantime it’s fixed one of the few complaints about Beyond Light.

One complaint is more significant, and is still a community sore spot: the policy of ‘vaulting’ old content, or removing it from the game to make Destiny easier to manage from a technical standpoint. While I totally agree that it sucks to have something you’ve paid for arbitrarily removed, the content itself won’t be missed by anyone who never experienced it. This means the Destiny Content Vault hurts newcomers and casuals much less; there’s still so much to do that you can’t possibly get bored, and Destiny 2’s more recent content has been of such a high standard that, assuming it’s maintained, the game’s best days are ahead of it. 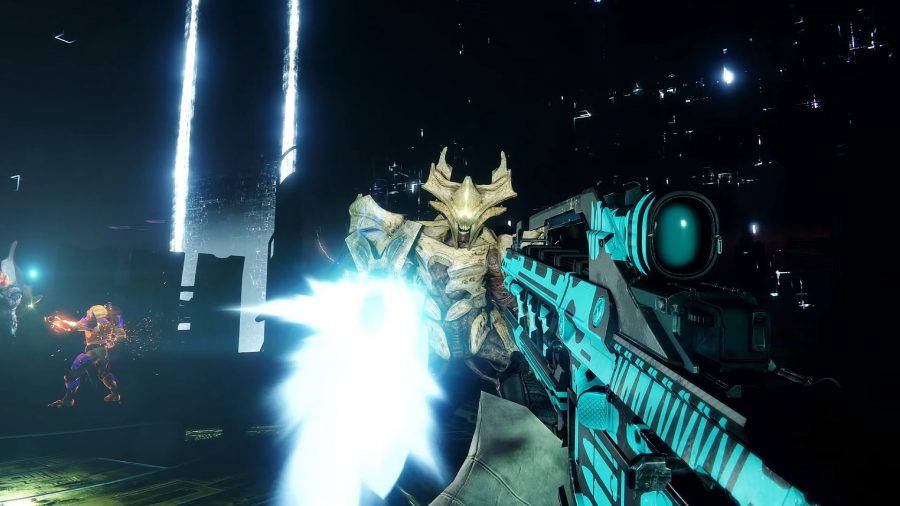 Plenty will disagree, and that’s fine. In fact, the endlessly bickering community is so deeply priced into Destiny that I think of it as a feature: I’ve never known a game so exhaustively discussed, so adept at both generating and dividing opinion. It’s a product of Bungie’s determination to make a universal game, one that offers an activity for all kinds of players on all kinds of schedules. The classic example of this is the PvP vs PvE split: two households, debatably alike in dignity, who’ve always disagreed on whether the game is any good and probably always will.

So there’s room for improvement, sure. My point is that the list of complaints has never been as short as it is now, while after seven years of hard, iterative work, the list of things Bungie is getting right has never been as long. The balance tipped decisively for me at some point in the past year. You might find the same.