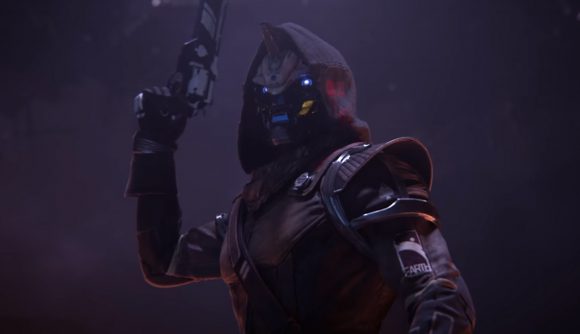 Bungie – or more specifically, Bungie’s David ‘DeeJ’ Dague – has a reputation for picking on Destiny 2’s Hunter class. In the interest of the most serious of journalistic investigations, we asked DeeJ directly what the deal was – and why he’s not a big fan of Hunters.

“Oh, that’s not true at all,” DeeJ tells us. “I’m a Warlock, and just like any player of Destiny, the choices that I make about my character are important to me as a person. To create some fun interactions with the community, I like to stoke the rivalry. But I appreciate every class of Guardian – the way they complement each other, the way they counter each other, the way they create healthy competition in the Crucible, or good cooperation and collaboration in something like a strike or a raid.”

DeeJ adds that Hunters are “just so easy to pick on, with their capes and their knives. So it’s just something we do for a little bit of fun on social media.”

Clearly, our investigations have DeeJ nervous, as he went to Twitter before we even started transcribing the interview.

I just had a conversation with a journalist who asked me why I hate Hunters. It could be that, in the interest of provoking some good fun and friendly rivalries, I may have been too hard on our caped friends. In the spirit of The Dawning, I want you to know that I love you all.

DeeJ’s history of insulting Hunters includes one time he playfully advised mothers “don’t let your babies grow up to be Hunters” and another where he simply stated, “Hunters are the worst.” If only DeeJ had read our Destiny 2 class guide, he might not have struggled with Hunters so much.