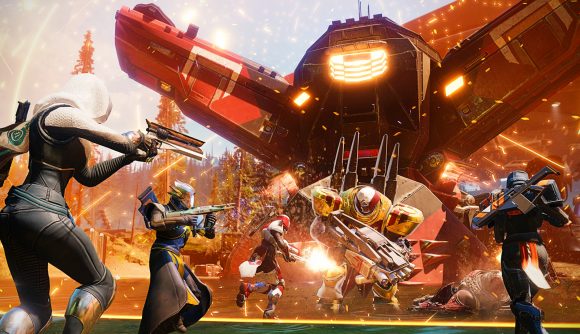 The US Federal Trade Commission has opened an investigation into Sony’s acquisition of Bungie, Josh Sisco of The Information reports. Sisco’s sources describe the investigation as “in-depth,” and while Sisco believes the deal could go through anyway, he notes the investigation signifies a new normal for the FTC, which he says was previously less involved in reviewing mergers.

Bloomberg reporter Jason Schreier echoes Sisco’s view and said it means future deals will likely face greater scrutiny from the commission. “The FTC didn't even look at Microsoft's $7.5 billion deal of Bethesda,” Schreier says on Twitter. “This is far from standard procedure. In fact, [as far as I know] it's unusual for the FTC to be this heavily involved in anti-trust at all (AT&T-Time Warner was challenged by the [Department of Justice].)”

Schreier ascribes the FTC’s changed stance on antitrust cases to Lina Khan, the commission’s new chairperson who Schreier describes as “hungry to fight tech consolidation”. Khan isn’t alone in wanting to push back against consolidation in the tech sector, though. The FTC’s investigation into Microsoft’s $69 billion acquisition of Activision Blizzard is spurred in part by appeals from a handful of U.S. senators and concerned activists.

In March 2022, Senator Bernie Sanders, Elizabeth Warren, Corey Booker, and Sheldon Whitehouse expressed their objections to Microsoft’s purchase in a letter to Khan. They describe the deal as “cynical and opportunistic” and criticise it for letting Activision Blizzard CEO Bobby Kotick continue to benefit financially, despite public demand that he face disciplinary action for his role in the harassment and discrimination lawsuits facing the company.

“This lack of accountability, despite shareholders, employees, and the public calling for Kotick to be held responsible for the culture he created, would be an unacceptable result of the proposed Microsoft acquisition,” the letter said.

The senators also ask Khan to consider how the acquisition may affect the labour market and further depress wages.

Earlier in March, a group of organisations, including the Center for Digital Democracy and Communications Workers of America, wrote to Khan and asked her to investigate the deal on similar grounds. The groups cite concerns over data collection and the effect that acquisitions of this scale may have on competition.

While Bungie owns fewer IP and employees far fewer people compared to Activision Blizzard and may represent less of a market threat as a result, Khan and the FTC’s stance against consolidation in the game industry is perhaps to be expected. Drake Star Partners reported over 1,100 transactions worth $85 billion in 2021, as larger corporations such as Tencent and Embracer gradually absorb an increasing number of smaller and mid-sized studios.