Want to get your hands on Destiny 2’s Thorn hand cannon? We’ve had a rough idea of how to get the poison dealing pistol for quite some time as Quest steps for the long-awaited Exotic had been datamined following the release of the latest content drop, Season of the Drifter. Now that the Thorn is in the wild, though, we know exactly how to get our hands on it.

The Thorn will be familiar to anyone who spent any time with Destiny – as it was particularly prominent in the game’s meta in the first year before it was hit with Bungie’s nerf hammer. At the peak of its powers, two headshots where enough to down a guardian as the poison damage-over-time would finish the job. The hand cannon is also prominent in Destiny’s lore and represents the side of evil against another hand cannon called The Last Word, which was attainable during Destiny 2’s Black Armoury DLC.

A lot of Destiny fans found the steps for The Last Word Exotic a little too restrictive, however, as it forces PvE-minded folk to spend hours grinding multiplayer. Fortunately, the Thorn quest features a number of alternative quest steps so you don’t have to drastically change your playing style to unlock it. Want to add one of the Weapons of Sorrow to your arsenal? Then read on for a detailed breakdown of the Thorn quest steps:

The Independent Study quest consists of seven steps, and we have the in-game descriptions for each one listed below.

A Melted Hunk of Metal

“Despite the burn damage, you recognize this weapon as a Thorn, a legendary weapon capable of severing Guardians from the Light. The Shadows of Yor, followers of an infamous Guardian-killer, are well-known for carrying Thorns. This one is broken, but you think it may be possible to fix it. A reputable (and discreet) gunsmith would know where to start. Bring the ruined Thorn to Banshee-44 in the Tower.”

It’s easy to be fooled into thinking that quest for the Thorn is tied to the Allegiance quest as there isn’t any prompt for the mission to snag the hand cannon. However, the two are unrelated and you won’t be able to commence the Thorn quest steps until you stumble across the gun in the wild. To do so, you’ll want to fly to the EDZ on Earth and touch down in Trostland before pushing past the cathedral and into the ironically titled Salt Mines. Nice.

Once there, you’ll find a transmat that will teleport you to the side of a cliff that you may recognise from the one of the game’s opening missions. Follow the path up the hill and you’ll eventually come across an entrance on your right that’s blocked by a force field. If you take a left, however, you’ll find a slim path that will lead you to a campsite littered with bodies. Search the fireplace and you can begin your quest to get the Thorn.

“Banshee has recommended a number of rare components that you should be able to use to restore your ruined Thorn to working order. First on the list is Hadronic Essence, a dense lattice of exotic baryons and mesons, once commonly favored as an infusion in Warlock fieldweave. Gather Hadronic Essence by completing bounties for Asher Mir on Io, by defeating Warlocks in the Crucible, or by completing Nightfall strikes. Nightfall strikes grant the most efficient progress.”

You need to collect 50 lots of Hadronic Essence and, refreshingly, there are three different ways to complete this task, so both PvE and PvP players should have no difficulty. You have the option of competing Nightfall Strikes for 15 Essence per go, finishing bounties on Io for five, or dishing out some sweet justice to some cumbersome Warlocks in the crucible for three. The game advises that Nightfall Strikes are the fastest, but its down to personal preference, really. 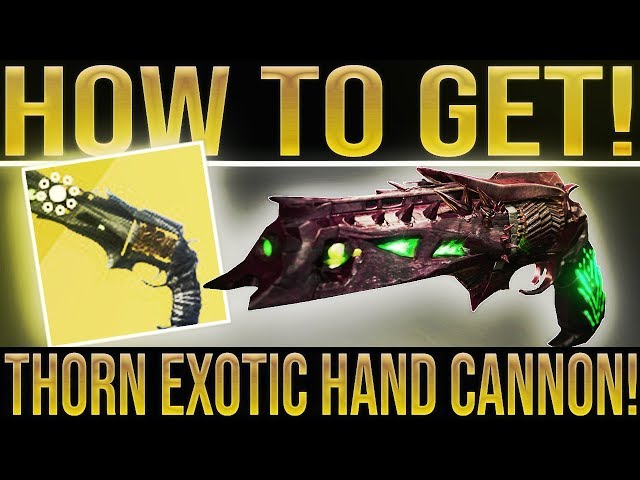 “Next on the list of required components is Plasteel Plating, a durable hybrid plastic favored by Titans for its balance of strength and workability. Plasteel is not commonly available for artisan use these days: the Red War wiped out the DIY supply chain within the City. Gather Plasteel Plating by completing bounties for Sloane on Titan, by defeating Titans in the Crucible, or by completing encounters at the Blind Well. Heroic Blind Well encounters grant the most efficient progress.”

Same as before, really. Lots of different ways to grind the necessary resources, and as you can probably guess you’ll need to slay Hunters for the next part.

“Last on the list of Guardian-grade components is Sapphire Wire, another hard-to-come-by item formerly favored by Hunters because of its versatility. Sapphire Wire, like Plasteel Plating, was another casualty of the Red War, but you feel confident that you can scrounge some up. Gather Sapphire Wire by completing bounties for Ana Bray on Mars, by defeating Hunters in the Crucible, or by completing an Escalation Protocol wave. Escalation Protocol waves grant the most efficient progress.”

“Your project is going well. The gun is now mechanically sound, but it is simply a gun: it has no intrinsic power of its own. You’ll need to reconnect it to the Light somehow, and the vast dark secrets of the Void seem like the most promising route. Defeat Guardians in the Crucible using Void energy or Hand Cannons. Precision streaks using Void Hand Cannons grant the most efficient progress. Note that progress is multiplied in the Iron Banner or in Competitive Crucible matches.”

Alas, it looks like you’ll have to dip into the Crucible for a short spell to tick off this Thorn quest step. To tick this one off the list you’ll need to take the life of guardians by means of hand cannon or any means of void damage – or both! Simple tips apply here, if you have spent time grinding The Orchid hand cannon and snagged one with a void element then you’ll rack up the kills need in no time. Using a void subclass and a void machine gun in your heavy slot will also go a long way. 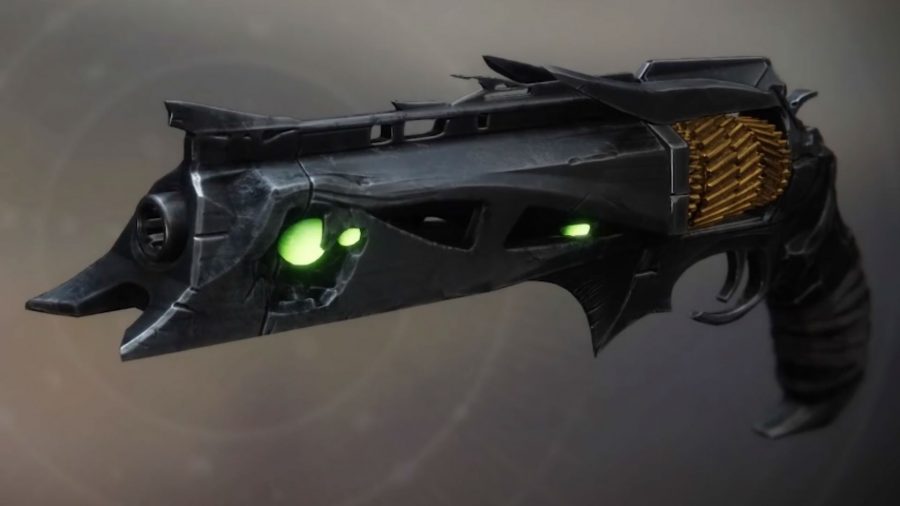 “Your Thorn hums with the hungry indifference of the Void, but it lacks something essential. You know the original Thorn was intimately connected to the Hive, though you don’t know exactly how. Wandering around the Tower to ask your mentors about the provenance of a banned weapon strikes you as a bad idea, but – there are quieter places to ask questions. Places off the beaten path, where knowledgeable Cryptarchs have settled down to do their work in peace and quiet… Pay a visit to Tyra Karn at the Farm. The Farm is accessible via the EDZ Director.”

This one’s a doddle, so much so that the quest even tells you how to access the Farm.

The Chasm of Screams

“While you were speaking to Tyra, she mentioned something called the Hated Path, a sort of primer to transform an ordinary Hand Cannon into a Thorn. Bathe your Light in horrors. Feed your weapon with death. Bind it with sickness. Horrors, death, sickness… that all sounds like the Hive nests on Titan to you. Defeat the Arbiters, Sardav and Telesh, then defeat Savathûn’s Song in an epic reprise of strike “Savathûn’s Song” on Titan.”

This one’s a bit more special and is remixed version of the “Savathûn’s Song” strike on Titan with some story to boot. You’ll need to run through it killing Sardev and Telesh in order to power up Thorn.