With the launch of The Witch Queen, Destiny 2 introduces some changes to the game’s Void subclasses. Void 3.0 gives players more flexibility to spec their characters to align with their playstyles. The changes enhance the characters’ core Void abilities, so players who have a longstanding favourite Void subclass don’t need to learn entirely new mechanics.

Previously, character subclass ability trees were geared toward melee options, super abilities, and two passives. The new modifications lend themselves to combinations of actions that ultimately result in more powerful attacks, defences, and buffs. The new format encourages more experimentation with power builds and optimisation. Weapon perks, armour mods, and Exotics all have the potential to provide even more powerful options to the player. Here, we break down what a player can expect from the new Void subclasses and also offer some tips for developing a power build to suit any playstyle.

The revamped Void subclasses group class abilities, movement abilities, melee and grenades, and offers several new grenade options. Players can further modify these abilities through Aspects and Fragments. Aspects are specific to each class and enhance the character’s foundational abilities. Fragments are the same for all Void character classes and also modify character abilities, but aren’t as individually powerful as Aspects.

Child of the Old Gods (2 Fragment slots): Cast your rift to create a Void Soul. When you damage a target with a weapon, your Void Soul flies and drains that target, doing damage and weakening them. When a target is being drained, you are granted grenade and melee energy (if running healing rift) or health (if running empowering rift). Defeating a target who is being drained by your Void Soul grants class ability energy.

Feed the Void (2 Fragment slots): Defeat a target with a Void ability to activate Devour. While Devour is active, final blows restore health and extend Devour. 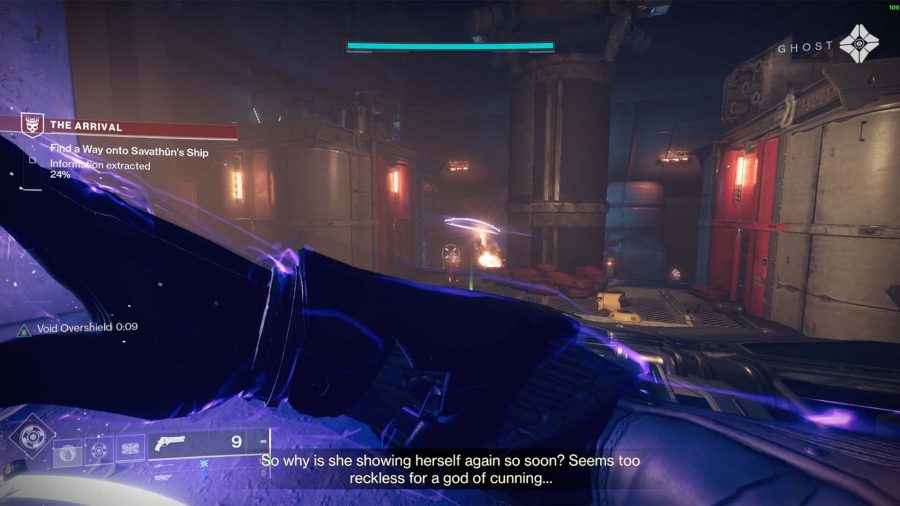 Controlled Demolition (2 Fragment slots): Hitting a target with a Void ability or a volatile explosion makes them volatile. Further damage to a volatile target causes them to explode. Grants you and your nearby allies health when volatile targets explode near you.

Offensive Bulwark (2 Fragment slots): While you have an Overshield or are inside Ward of Dawn, your grenade charges significantly faster, you have increased melee range and damage, and melee final blows extend the duration of your Overshield. You grain an additional shield throw while in Sentinel Shield.

Trapper’s Ambush (1 Fragment slot): Activate Quickfall to spend your melee charge and dives into the ground, creating a large smoke cloud on impact, which then dissipates. Targets caught in the cloud are weakened and allies are made invisible. Your Smoke Bomb makes nearby allies invisible when it attaches to nearby surfaces or targets. 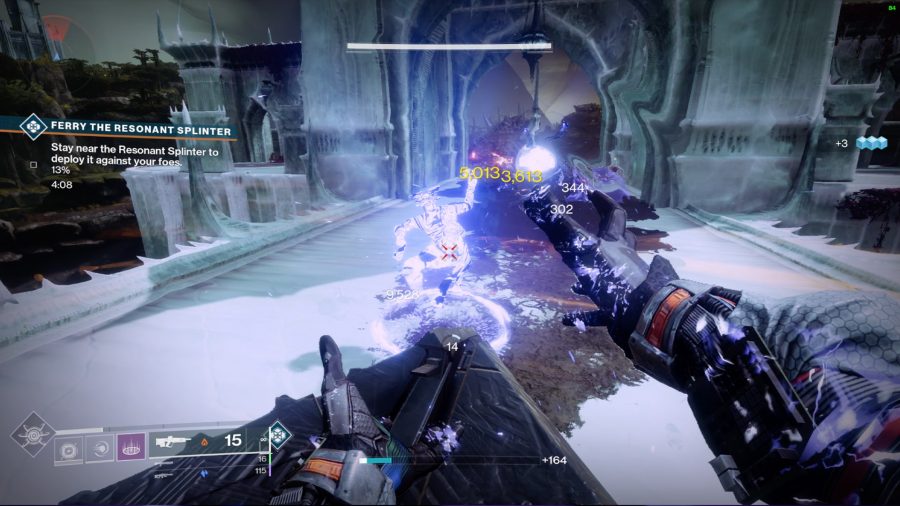 Players are unable to unlock the following Fragments at this time, but there is speculation that they will be unlocked on March 5, after the Vow of the Disciple World’s First raid competition concludes. 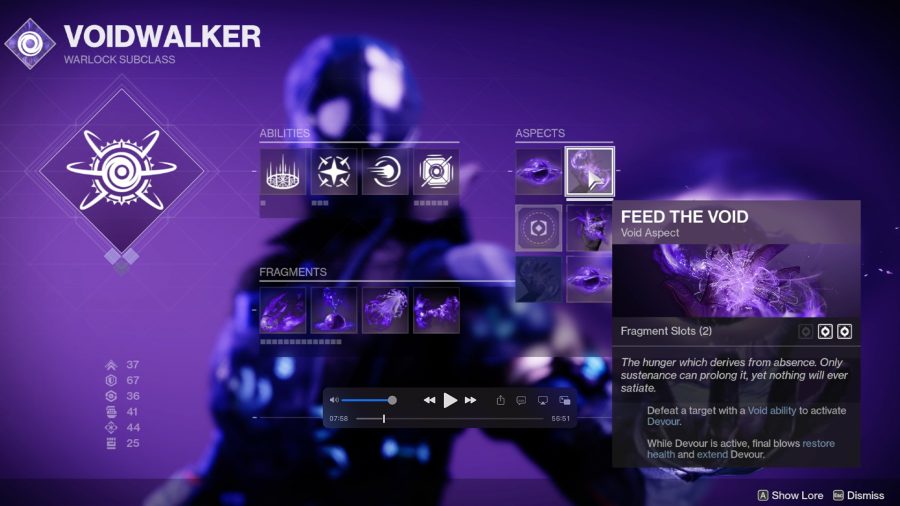 In the new Void system, Voidwalkers can tap into Devour, which causes final blows to heal the player, grants grenade energy, and extends Devour.

Defensive players benefit from using the Void healing rift class ability to help restore their health and that of allies during battle. Using the healing rift with the Child of the Old Gods aspect triggers a Void Soul that weakens enemies while simultaneously granting the Guardian and their allies grenade and melee energy. The Feed the Void aspect triggers the Devour buff upon defeating enemies with Void abilities, which in turn restores health and extends Devour. Together, these can create a powerful combo.

Others may go for the empowering rift, which increases weapon damage for anyone inside the rift. They can then use the Feed the Void aspect with Chaos Accelerant, which overcharges grenades. Echo of Remnants increases the duration of those grenades, granting even more power. A Fanbyte writer pointed out that the build becomes extremely powerful with the new Secant Filaments Exotic leg armour, which grants Devour from empowering rifts. Because the Echo of Leeching Fragment grants health regeneration from melee final blows, players reap the benefits of both an empowering rift and a healing rift. 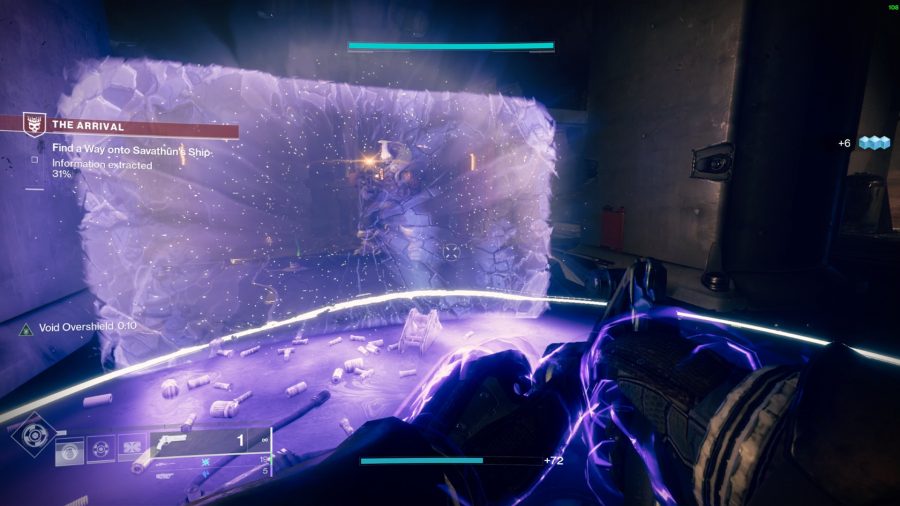 Still, players planning to take advantage of Overshield modifiers should optimise for melee combat with Fragments such as Echo of Leeching. If using Ward of Dawn, the player can equip the Helm of Saint-14 Exotic helmet, which causes the super ability to blind targets and grants Overshield (which is not inherent in Ward of Dawn). Doom Fang Pauldron Exotic gauntlets grant super energy with Void melee kills, which can be a solid way to rapidly replenish your super while buffed with Overshield and the melee buffs from Offensive Bulwark. Armour mods that increase melee stats are helpful here as well.

Hunter Void abilities prioritise stealth, which includes dodging and invisibility. Vanishing Step, which turns the character’s dodging ability into a burst of Invisibility, is fairly straightforward. However, Stylish Executioner and Trapper’s Ambush can work together for more complex builds. Trapper’s Ambush allows the player to spend their melee charge to dive into the ground, creating a smoke cloud that weakens enemies and leaves the player and their allies invisible. It also causes the Nightstalker’s smoke bomb melee, which weakens enemies, to render allies invisible.

Stylish Executioner grants Invisibility upon defeating enemies that have been weakened (as well as those who are suppressed or volatile via grenades), and then causes the player’s next melee attack while invisible to weaken the target. The idea here is to run combos where an invisible player attacks a weakened enemy, which ends the player’s Invisibility, but then defeats that weakened character then regains that Invisibility.

Exotic armour such as the Gravitron Forfeit helmet, which improves Invisibility, can only serve to strengthen such abilities. However, the team player can seek the Omnioculus, which grants additional damage resistance to any Guardians the Hunter player makes invisible.

According to Bungie’s Void 3.0 blog post, similar changes for both the Arc and Solar subclasses are in the works. The new Void system is a welcome revamp, and the forthcoming changes to other subclasses make the game’s future that much more exciting for long time players and New Lights alike.