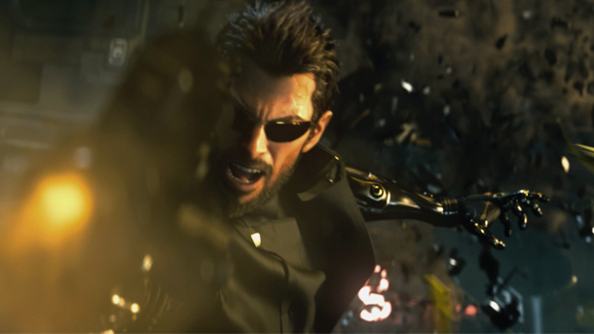 Update, May 14: Eidos Montreal aren’t letting Deus Ex go, but they aren’t reviving it just yet either.

Last week, Eidos Montreal studio head David Anfossi confirmed to us in no uncertain terms that “Deus Ex is not dead.” But don’t expect to see another entry in that series in the near future. The development team has three projects in the works, and a new Deus Ex is not one of them.

We know the first of those games is Shadow of the Tomb Raider, and the second is The Avengers project built in collaboration with Crystal Dynamics. Rumours suggest the third game is Guardians of the Galaxy, though that’s as yet unconfirmed. “I can’t speak about this one,” Anfossi says, “because we’re still at an early stage to define the product itself. But it’s definitely triple-A.”

Anfossi refers to the eventual return of Deus Ex in different terms, however. “We’re a big studio. We’re close to 500 people now. But at the same time, we have three developments in parallel. We have to make sure we deliver the quality we want. No compromise on that. When it will be the time for Deus Ex, it will be the time, and we’ll do it correctly.”

Original story, May 11:Deus Ex studio Eidos Montreal currently have their hands full with Shadow of the Tomb Raider and the upcoming Avengers Project, but once these projects are complete it’s been suggested thatthey are likely to returnto the cyberpunk series that made them famous.

We talked with Eidos Montreal studio head David Anfossi aboutthe next Tomb Raider game, and during our time with him we asked about the status of Deus Ex. His reply was adamant – “Deus Ex is not dead, I confirm that.”

Don’t expect Deus Ex 5 any time soon however, as for the moment they have too much on their plate. “Deus Ex, of course, it’s the brand of the studio. We are all attached to this franchise, but we cannot do everything, you know? So we have Shadow of the Tomb Raider, we have this co-development with Crystal [Dynamics] on The Avengers, and we have a third game in development, so it’s enough at the moment for us.”

This third game previously has been rumoured as another game in Square Enix’s Marvel partnership, based on theGuardians of the Galaxy. One thing it will not be, however, is a new Thief game. Anfossi haspreviously quashed rumoursof Thief 5, and made it clear to us again that, currently, the studio has no plan for it.

“So I should be clear with Thief, in the sense that for the moment there is no plans around that franchise. You know we have three productions and developments here. We are a big studio, but we have… we like to focus on things we do and do it correctly. We’ve proven it, I believe. So for Thief there is no plan.”

We also asked Anfossi about the rumours that Eidos Montreal had been working on a Final Fantasy game that got cancelled, and you can read his response here.