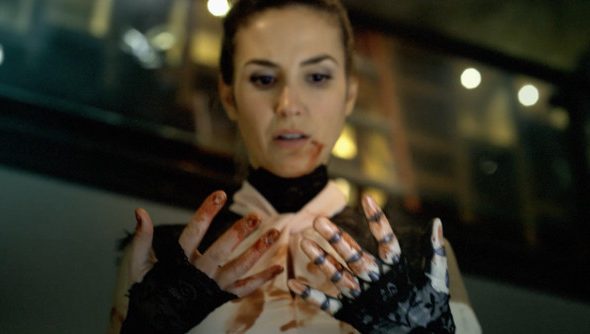 Before you click away due to the phrase “live action trailer” – nah, this one is actually pretty good. The weirdly delayed Deus Ex: Mankind Divided is set a couple of years after the end of Human Revolution, and in that time augmented people have gone from transhuman masters of the future to refugees thanks to events towards the end of the first game. Spoilers, but every person on Earth with augments is driven into homicidal rage at the same time due to a signal sent by a rogue member of the Illuminati – and this trailer shows what happens next.

Which Deus Ex would you feature on a best RPGs list?

It doesn’t go great for those with mechanical limbs.

While the Mechanical Apartheid angle they’re pushing still rubs me slightly the wrong way in terms of historical comparisons, at least there is some decent context behind it now. Dodgy acting between the main couple here aside – plus that shouting news anchor – it gives a nice background, and fills in the gaps for anyone that didn’t make it to the end of Human Revolution. In fact, rather makes me want to go back and see how all that plays out.

The upshot of this all is there are now camps of augmented people designed to restrict their access to ‘naturals,’ as the game puts it. This tension will obviously work itself into the plot and setting of Manking Divided, which looks to be a far less hopeful world than the one Human Revolution presented. It also feels like a mid-point in the story of transhumanism, where the world turns against augmented humans as the technology behind the nano-augmentation seen in the original Deus Ex comes into play.

Want to see how the game actually plays? Here’s our video of the last time we saw it, in October 2015.

Exactly how much has changed between development time and the delay isn’t yet known – we’ll find out, at the latest, on August 23.