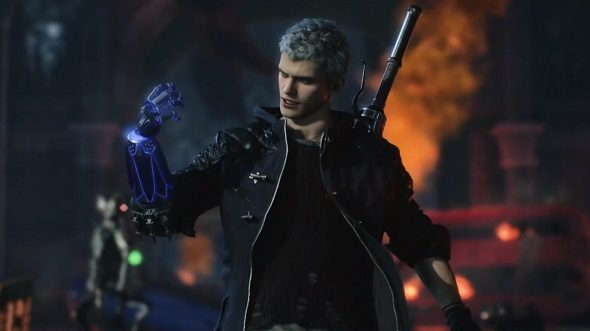 Devil May Cry 5 was announced at Microsoft’s E3 conference last week and was given a spring 2019 release date. We got little more in the way of concrete details, but we did get an exciting announcement trailer – and, as it turns out, that offered a pretty conclusive look at the game’s setting.

All previous Devil May Cry games (and the 2013 spin-off, DmC) were set in fictional places: Mallet Island, Vie de Marli, Temen-ni-gru, Fortuna, and Limbo City. As it turns out, DMC 5 follows suit. According to a representative from Capcom “DMC 5 is set in a fictional location of Red Grave City.”

For more hacking and slashing – leavened by epic stories and leveling up, of course – check out the best RPGs on PC.

It’s not technically London, but “inspiration has been taken from real-life locations, including London, but it is not based on any one real-world city.” That’s a little disappointing, but it’s still hard to ignore the many familiar sights in the trailer. There are distinctive red buses, a Metro station sign that looks like TfL wouldn’t licence the London Underground roundel, and street furniture – a bollard and a motorway sign – that looks very nearly British.

Check out the screens we pulled and let us know what you think. Here’s the bollard – both it and the island upon which it sits could have been taken from almost any London street: 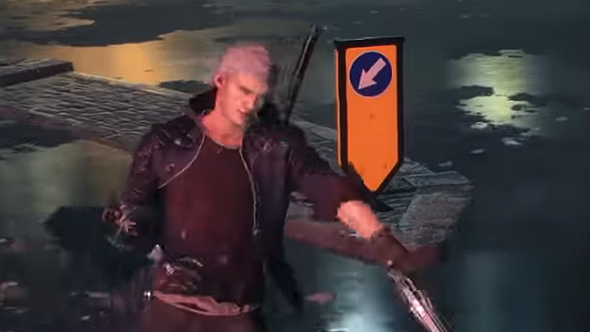 This next one is even more clear. Look in the background: that, unquestionably, is a red London bus and a British three-stage traffic light. 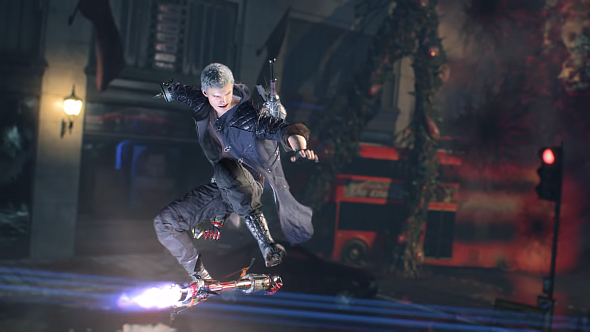 Now, we’ve looked into this, and this isnotTower Bridge. The turrets and the cabling are all wrong. However, it looks a lot like howyou think Tower Bridge looks, and that’s a theme that you’ll notice throughout several of these shots. It’s all very almost-London. 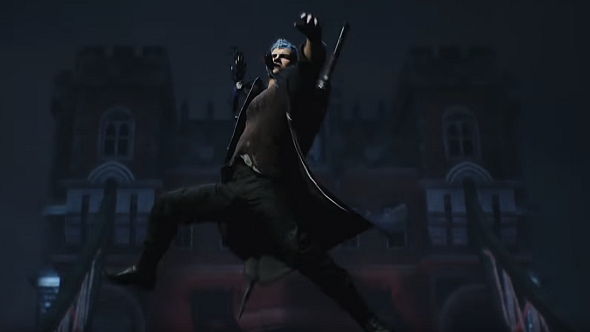 The train and the bench here both look like they could’ve been copied and pasted from the tube, whereas the ‘Metro’ sign lifts pretty heavily from the iconic London Underground roundel – it simply inverts the colours and uses a hexagon rather than a circle. 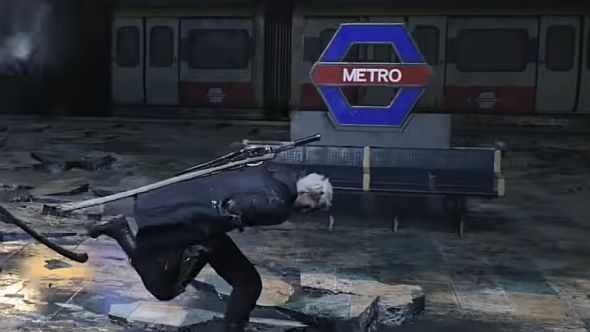 Despite the motion blur – for which, apologies – the style of this road sign will be immediately familiar to anyone who’s driven around the UK. There’s a van in the trailer, so perhaps we’re going on a road trip? 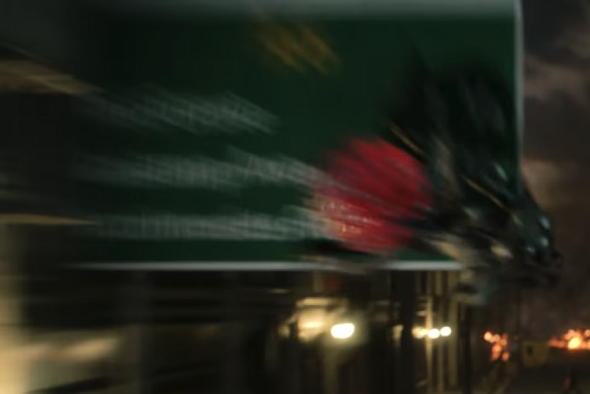 Even though we’re notactually going to London- we thought this was worth bringing to your attention. Here’s the E3 trailer, if you’d like to look at it again with fresh eyes.

Nero stars most prominently in the trailer, doing a lot of demonslaying in almost-London’s streets, but original protagonist Dante puts in a tantalising appearance toward the end. DMC 5 is due to release in spring next year.