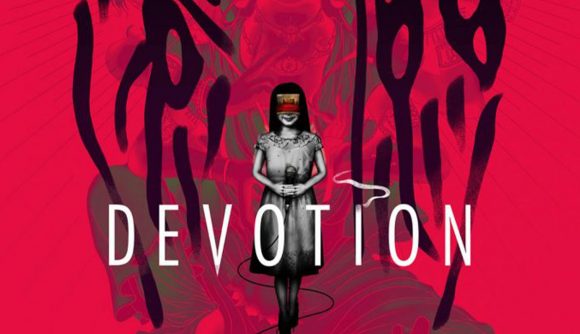 Earlier this year, Taiwanese horror game Devotion was pulled from Steam after players discovered a piece of in-game art making fun of Chinese president Xi Jinping. Earlier this month, it was revealed that the game’s publisher had had its business license revoked by Chinese authorities, in a move that journalist Khee Hoon Chan says was a direct response to Devotion.

Now, after months of silence, the game’s developer Red Candle Games, has issued a statement. In a post on Twitter this morning, the team behind the game offered fans an update on the state of the game.

Red Candle says that “for the past four months, the art asset incident related to Devotion has caused immeasurable harm to Red Candle Games and our partner,” and that “we would like to offer our most sincere apology to all impacted teams and personnel.” An attempt to patch up the situation is still ongoing, but Red Candle says that the studio’s co-founders “have reached a unanimous decision to not re-release Devotion in the near term.”

That means that there’ll be no profit from sales or IP authorisation. The devs go on to say that the incident was “a malfunction of project management, not a deliberate act,” and that “if, in the future, the public would be willing to view this game rationally and allow us the opportunity to rebuild trust with our players, Red Candle would reconsider re-releasing Devotion.”

Greetings, we are Red Candle Games from Taiwan. To all of our players, industry and media friends, we would like to provide an update on ‘Devotion’. pic.twitter.com/wfGTUbHtHx

Given the backlash from chinese authorities however, that could take a while, and for now, there’s no way to get your hands on the acclaimed horror game. The developer says it apologises for the wait, and that “we hope for a second chance in the near future.”

Boo: Here are the best horror games on PC

Red Candle says that despite the furore over Devotion, it will “continue its passion to creativity as a game company.” Hopefully that means that something new is in the pipeline, but whatever that may be isn’t likely to see the light of day for a while yet.