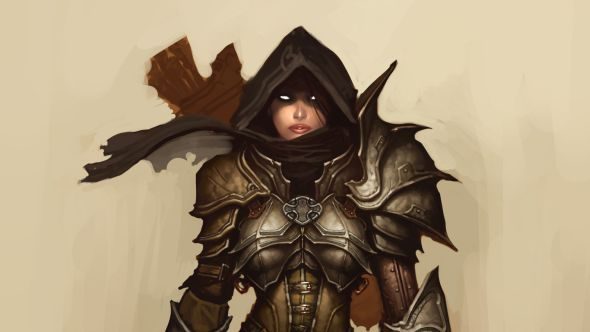 Update June 19, 2017: Blizzard are looking for someone to helm direction on the Diablo franchise.

In yet another of their candid job ads, Blizzard are hiring a production director “to bring the Diablo franchise into the future.”

Can a sequel improve on one of the best RPGs on PC?

Though this shouldn’t be taken as confirmation that Diablo 4 is in the works, it’s the strongest evidence yet.

Production director is a huge role; whoever is hired will coordinate development on one of Blizzard’s flagship franchises. Indeed, it’s perhaps a little odd that they’re advertising for the job on the open internet rather than approaching candidates directly – though, they’re almost certainly doing that too.

For their part, Blizzard say “for the right person this can be a career-defining opportunity. We’re hoping to hear from the select few that meet the requirements and possess the track record, leadership, and culture fit needed to make an immediate impact on the team.”

If you fancy your chances, here’s the ad. If you’re hired, tell us everything.

Update November 7, 2016:Blizzard are looking for an experienced industry veteran to manage external artists on an unannounced project, possibly Diablo 4.

The role is for an outsourcing manager: someone who’s responsible for making sure all the game’s assets and art – even those created by freelance artists – are delivered on-time and to Blizzard’s standards, while keeping the project’s distinct visual style intact.

The job posting is mostly unremarkable, right up until you scroll down to the ‘pluses’ section, which states a “passion for Diablo” would be advantageous for applicants.

Update October 20, 2016:Ex-Diablo lead David Brevik has announced what his various teasing tweets were about – he’s becoming an “adviser” on Path of Exile for its Chinese launch.

The first rule of unannounced videogames: the most boring answer is probably the right one. David Brevik isn’t secretly working on Diablo 4 at Blizzard or rebooting the genre himself with the help of Kickstarter or fig – he’s joining the rather excellent Path of Exile to advise on its Chinese launch. Probably not quite what Western fans of the man or the genre were hoping for.

The Chinese Path of Exile site has the info, but as reported by Blue’s News, it’s rather difficult to translate without a native understanding of the language. The upshot is that the Chinese launch is a major part of his involvement in the game, but that Grinding Gear Games are hoping to “learn from his experience as much as we can” according to CEO Chris Wilson, who spoke to PC Invasion.

Meanwhile, Bill Roper, who was equally rumoured to be returning to Blizzard to work on the next interation of Diablo after his tweets last week, confirmed that also wasn’t the case:

Lots of speculation about my coming back to Blizzard to work on the Diablo franchise. Would be an honor but just rumor. Thanks for the love!

Path of Exile fans will he happy with the new of getting an industry vet on-side, but Diablo fans will have to keep up that wait until BlizzCon for, well, anything. If you’d like to hear our thoughts on the possibilities for BlizzCon, check out the latest episode of Overwatch This– obviously it’s focused mainly on Blizzard’s shooter, but we drift into Diablo chat for a bit there.

Update October 17, 2016:Diablo’s lead programmer David Brevik has taken to Twitter to squash rumours about his return to the dungeon crawling series.

A recent meeting sparked rumours that Brevik was returning to help build the next game in the series, but it seems people may have jumped the gun.

There has been a lot of speculation (and hope), but I'm not working on the Diablo franchise currently or in the near future#sorry#muchlove

Reading between the lines, it seems maybe there were talks of some kind of reunion, but perhaps it just didn’t pan out.

The “(and hope)” part of his tweet certainly suggests as much, but, then again, reading too much into things is what got us here in the first plcae.

Update October 16, 2016: Last we heard of Diablo there was an open job listing on Blizzard’s recruitment hub looking for a new Game Director for the forgotten franchise. Now that job listing’s gone and two of the series’ most enduring developers have had a little meet-up at Blizzard HQ. Intriguing, no?

David Brevik, lead programmer on the first Diablo and project lead on the second, and former president of Blizzard North Bill Roper were both at their old employers’ hangout in Irvine, CA last week. The two shared pictures of themselves on Twitter next to the iconic wolf-mounted Orc statue on the Blizzard campus

Today, Brevik tweeted that he was “proud to be the adviser [sic]” for the Diablo games, curiously alongside a picture of the constellation of Libra.

For 20 years, Diablo-like games have evolved & surprised us. I'm proud to be the adviser for the game that pushes this genre to new heights. pic.twitter.com/LIT3i0UwJv

Blizzard like their hints and their obscure references so there’s obviously been a lot of discussion about this tweet, including one convincing Redditor theory (nowthat’s an oxymoron if I’ve heard one) that Libra being the scales of justice, and the zodiac sign for the lunar month presiding over BlizzCon, means there could be something to be said of balancing at the November 4-5 weekend convention. We’ll wait and see.

Original story: Alright, rev up the hype engines and get to the rumour mill, it’s Diablo 4 straw-grasping time. Diablo has been in its current state since the launch of Reaper of Souls in early 2014, minus a couple of major patches. Players are rather keen for more, and the announcement of another expansion or a sequel has been expected since last Blizzcon. Now a misprinted die in the Blizzcon 2016 goody bag – which various YouTubers, streamers, and other content creators received early in the past couple of weeks – is being seen as a hint towards Diablo 4 being announced at this year’s show. It’s a whole new level of conspiracy theory, but it’s quite enticing.

So, in the Blizzcon 2016 goody bag is the regular batch of mid-tier swag related to Blizzard games – a giant inflatable hammer, branded guitar picks, you know the stuff – and among them is a Diablo dice bag. Within are various D&D-style dice, from the honourable 20-sided ‘to-hit’ die to the lowly dagger-weapon four-sided one, commonly known as a D4. That on its own is enough to send some into a frenzy, especially with Blizzard’s recent streak of well-hidden and highly-complex Overwatch hints.

However, the D4 is also misprinted. Now, let’s be very clear, convention swag is rarely of the highest quality. It is designed to be both mass produced and given away for free, nobody’s too bothered over a typo or some poor manufacturing. That said, Blizzard have a reputation for quality in all things and, as these go, Blizzcon goody bags are usually pretty, uh, good.

D4 are designed as pyramids, with three numbers printed on each face. Whichever edge lands downwards indicates the number you’ve hit – so all the 1s should be along one set of edges, all the 2s on another. This is not true on these Diablo ones, where one of the faces is on the wrong side meaning instead of an edge reading 1 1 1, it reads 1 1 4. A four out of place. Another loaf of delicious conspiracy from the mill.

Combine that with the first day of Blizzcon this year being November 4, 11/4, and you start to see why people are beginning to get twitchy. Yes, it could just be a misprint, yes, it involves a couple of leaps of logic and no, Blizzard haven’t said a word officially. But what if, eh?

Community YouTuber/Twitch streamer Rhykker laid all this out, with the actual dice to hand to explain it a bit better, in the video below.