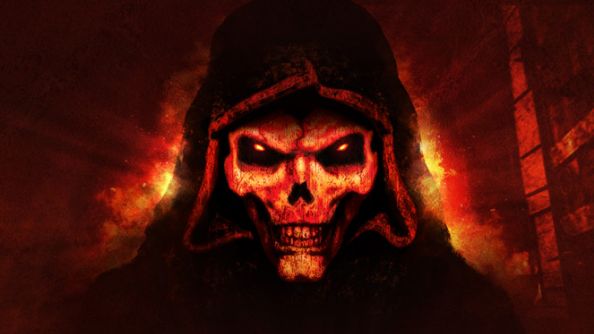 The job listings that went up over the weekend, all but confirming Diablo II and Warcraft III remasters, are only the tip of the iceberg.

StarCraft and Warcraft III were among the best strategy games on PC back in the day.

Perhaps the strongest evidence comes from Yahoo esports’ April interview with Pete Stilwell of Blizzard’s Classic Games team. He more or less states that, after the StarCraft remaster, Diablo II and Warcraft III are next in line:

“Once we’ve got this thing shipped and in the state that we want it, we’ll start looking at the other games,” he says. Check it out in the snippet below, courtesy of MindsAblaze2 on YouTube:

There are further hints to be found on community site Hive Workshop. They were invited to meet with Stilwell in March last year, ostensibly to discuss Warcraft III patch 1.27, but it’s clear in their write-up of that visit that they were told more than they announced (“all we can currently share is here”).

In a thread from April this year, amidst a number of complaints about patch 1.28, Hive Workshop moderator Kam nearly lets something slip:

“It would be far better for everyone involved to view this as an open beta. That’s what it means to nearly completely remake a game after 15 years.”

Finally, BlizzPlanet’s original article on the telltale job openings has been updated, and it turns out one was first posted way back in 2015, when work on the StarCraft remaster first began. Here’s the job ad as it appeared in November of that year – it’s almost a verbatim copy of the one that went up over the weekend.

We’re grateful to BlizzPlanet, toHive Workshop for compiling these details, and to YouTubersBack 2 Warcraftfor pointing them out to us. B2W have a nice round-up video here, with extra details on new maps and a PTR coming to original Warcraft III this summer. Hive Workshop have also posted an updatein response to the media interest over the last couple of days.

Check these places out if you’re a fan of classic Blizzard.

Original story June 19, 2017:Yet more job postings on Blizzard’s website have revealed a forthcoming project, and at this point we may as well just keep their jobs board open and refresh it every five minutes for a free story. The news: Warcraft III and Diablo II are getting remastered.

The first advertisement (which you can view here) mentions Warcraft III and Diablo II in the same breath as StarCraft, which we already know is getting a remaster. It then goes on to say “we’re restoring them to glory,” so there’s no real doubt it’s happening. A second posting adds further evidence: “Warcraft, StarCraft, and Diablo await your machinations,” it says, while advertising for a UX/UI designer to “breathe the original soul of our classics into new forms.”

There hasn’t been an official announcement yet, so we don’t know exactly what features Blizzard will add to the remasters. These ads suggest a UI overhaul and an update of online architecture: the first ad laments that these games are “more difficult to be experienced by their loyal followers or reaching a new generation” thanks to modern hardware and online services. Hence, the successful applicant will help implement and maintain server architecture to keep the remastered games running online. It’s at least possible, then, that they’ll be added to the Blizzard app.

Check out what Blizzard are doing to StarCraftfor further clues about what we might see in the Diablo II and Warcraft III remasters.