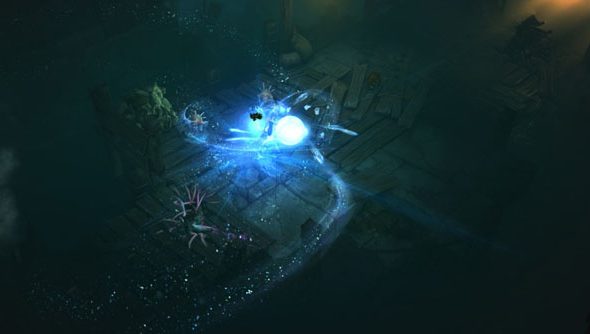 On the face of it, Diablo III is a cooperative game – but it’s always been played competitively, with one eye on the wider Blizzard community. This first major patch for Reaper of Souls will finally acknowledge that tendency in-game, with a Seasons system that starts players at the bottom, brigand-bothering rung of demon-hunting and compares their performance on leaderboards.

The intended counterpart to Diablo II’s ladders, Seasons will see Diablo III players voluntarily start again with level 1 characters and artisans. The first season is scheduled to begin this Friday, with launch times staggered by region.

Leaderboard fame aside, the potential rewards for participation include unique legendaries. Players can boost their seasonal point total by completing Conquests: first-come, first-served achievements designed to encourage change-ups in playstyle.

A Conquest might reward the first 1000 players to finish Acts I to V in an hour or less, for instance, and have its own leaderboard. There’ll be 10 to 15 challenges like these in each Season.

You don’t need to be competitively-minded to benefit. Seasonal legendaries will roll over into normal loot pools after the race concludes. And Blizzard are also implementing Cesspools in Reaper of Souls 2.1: a level type originally intended for Westmarch’s sewers, now one of many randomised Rift environmentsto be wallowed about in.

What’s more, Rift guardians will have a chance to drop Greater Rift Keys from today. They’re gateways to frenetic, timed runthroughs of Rifts built to test gear progression and efficiency.