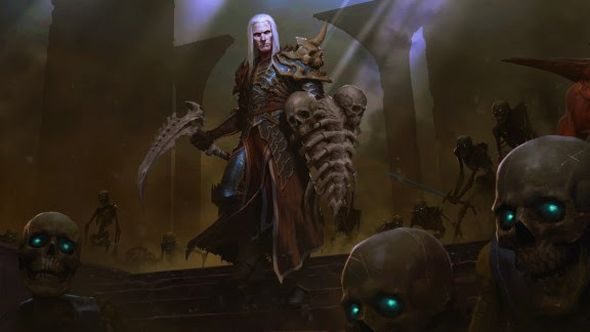 Here’s what we thought of Diablo 3’s Necromancer last time we played it.

Perhaps I need to show more faith, but that’s around $10 / £7 cheaper than I thought it would be. Here are the extras you get, along with access to the deathly one:

Blizzard’s official post has a Q&A about it. This also means 2.6.0 – which includes Challenge Rifts among many other changes – will be available then. The latest patch notes for that are over here.

Elsewhere, The Eternal Collection is coming to console as a complete pack of Diablo 3, Reaper of Souls, and Rise of the Necromancer. It’ll be $39.99 / £29.99 on launch, a good time to grab it if you’ve been considering the PC version.