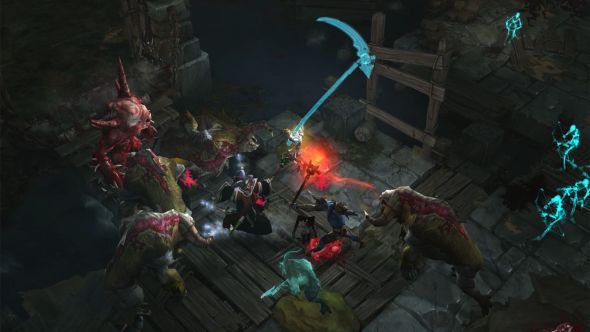 Diablo 3 gets its first bit of paid content in over three years tonight when the new class, the Necromancer, releases to the wild. There’s a celebratory livestream, which we’ll go into in a second, as well as maintenance to get through.

Try some of the best RPGs on PC.

The exact time it will be available depends on how long Blizzard’s maintenance takes. In the Necromancer Q&A published last week, they gave these times for maintenance, based on server region:

They mention that maintenance usually takes between one and two hours, and hedge by saying it’s variable. Chances are there shouldn’t be any problems as much of this tech has been running on the PTR consistently for the past few months. However, it is the largest deploy the game has seen since the 2.1 patch years ago, so bets are off. The Blizzard customer service Twitter account will keep people up to date, and no doubt the Diablo one will have info as well.

While you wait, the official Diablo Twitch account is streaming a bloody chair in celebration of an upcoming livestream:

Once that clock hits zero, the internet’s Jessica Chobot will be streaming the Necromancer from one of the “most haunted places in America.” The stream is due to last until daylight hits, so probably a good 12 hours, and hopefully a ghost shows up. That’d be dope. Chobot – who has hosted a podcast on the supernatural for the past few years, if you were wondering what the link there was – is quite excited:

S P O O K Y. It’ll be on sale once it’s live over on Battle.net, or through the in-game purchase client.