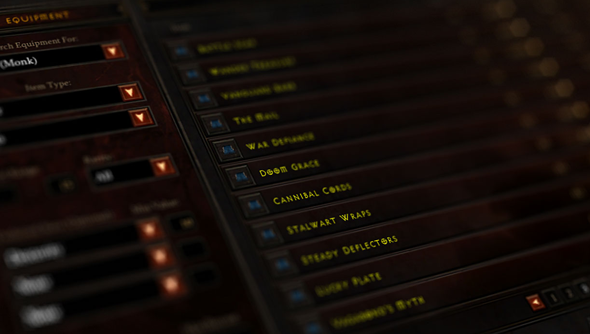 It took one meeting for Blizzard to decide to kill off the auction house. Within in 20 minutes of the idea being floated the entire leadership agreed it had to go. That week they announced the end of the bane of Diablo 3’s existence and within the year it was gone.

“From the beginning, the auction house turned into a Kobayashi Maru scenario,” Josh Mosqueira, game director on Diablo 3 said at Blizzcon. “We had the best of intentions: we wanted to protect players from grey market sites that dominated Diablo 2, we wanted to bring that experience under the safety of the Blizzard umbrella. We also wanted to give players a different vector to get those items.

“What happened is that players started playing the auction house and not the game, because of how stingy we were when we launched Diablo 3, because of the insane difficulty of Inferno we were funnelling players, players who would not normally have gone to the auction house were going to the auction house. In the process they were wrecking their reward loop, they were robbing themselves of the magic of diablo, of killing a monster and seeing the legendary drop and picking it up.”

Mosqueira came to realise the auction house was holding Diablo 3 back while developing the console version.

“Shortly after console shipped we had our monthly strategy meeting with all the leadership of Blizzard,” Mosqueira recalled. “We had to make some behind the scenes changes with the way the auction house worked. They’re discussing the pros and cons and how to make these little small changes. Mike Morheim noticed I hadn’t said anything through this entire meeting he turns to me and says “Josh, you’ve been quiet. What do you think?”

“I remember being in total panic. I could have played it safe and agreed with some of the changes being proposed or I could speak with what I really believed in. I said ‘Mike, I think what we need to do is to kill both the gold and real money auction house and preserve the integrity of the promise behind Diablo.’

“What was incredible was that within 20 minutes the entire leadership of Blizzard agreed. A couple of days later we announced that the auction house was dying.”

Diablo 3’s auction house was killed off on 18 March and the game’s been significantly better ever since. Just read Nick’s Diablo 3: Reaper of Souls review.