During GDC 2016, David Brevik, who was president of Blizzard North for ten years, gave a talk about the original Diablo, delivering a blistering post-mortem on the classic game, and hosting the best conference of the show.

Brevik was both lead programmer and Diablo mastermind, so he had plenty to share. Diablo was released on December 31, 1996, meaning this December marks the 20th anniversary of the classic RPG. Now’s the perfect time to look back on it, then.

The original concept was something Brevik had been mulling over since high-school. Back then, he lived in Contra Costa County of the eastern San Francisco Bay Area in Northern California, at the base of Mount Diablo, hence the game’s name. “I didn’t speak a lick of Spanish when I moved here, and when I found out what the name meant I was like ‘what?'” Brevik recalled with a laugh.

“I was very fortunate to know from a very early age exactly what I wanted to do. My dad brought home an Apple II Plus when I was young, and I taught myself to program and I played games and programmed non-stop. It’s all I’ve ever wanted to do: make games.”

Even in school he was toying with ideas and coming up with games pretty much constantly. This is where the seeds of Diablo began to take.

“The concept was very different at that time – it was much more a kind of party-based wizardry kind of game,” he said. “It was influenced heavily through my time in college by a lot of roguelikes.” 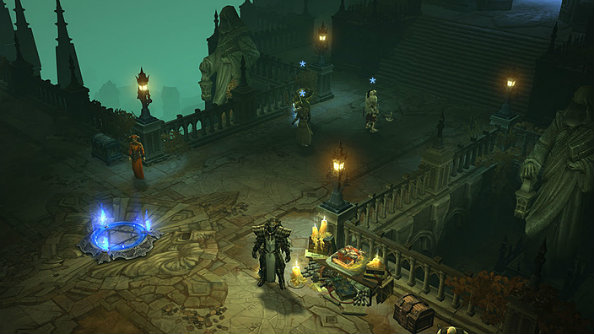 From college, Brevik worked at a few games developers, eventually founding his own company called Condor. His small firm would brainstorm ideas constantly, coming up with games and speaking excitedly about making a fabled big project that would see the company to success. This project turned out to be Diablo.

The first version of Diablo was turn-based, single-player, had permadeath and was planned to be animated in claymation. It was to be brutal like the roguelikes Brevik loved so much, and the claymation aesthetic was inspired by a 2D brawler called Primal Rage, which gives me a massive nostalgia shot to look back on now. When they realised how much work achieving that aesthetic would be for the small team, the idea was soon dropped, though.

When it came to getting the game published, Diablo ended up in a bidding war between Blizzard and 3DO. Despite 3DO offering twice as much money, the studio felt Blizzard was a better fit. If they’d gone with 3DO, Diablo probably wouldn’t be the massive franchise it is today. Taking half the money probably isn’t too savvy a business decision, as Brevik admits, but it worked out in the end.

Brevik also gave another example of what he called the “worst business decision of [his] career”, which happened in mid 1996. A friend of a friend pitched Brevik an idea. “He said ‘I got this idea – I am going to make email over the internet’,” explained Brevik. “I said ‘dude, that’s the dumbest idea I’ve ever heard. What are you talking about? I already have an email. This isn’t even an invention. This is nothing’.” The friend offered Brevik 10% of the company if he could take a single office in the back, but Brevik refused because they were in crunch at this point and he thought the idea was stupid anyway. That friend made a company – it’s called Hotmail.

Moving away from that funny – and slightly tragic – aside, Brevik and team made the right decision going with Blizzard. You see, Diablo was still a single-player turn-based game when it was pitched to the publisher. Blizzard loved Diablo, but they told Brevik and his team that they wanted it to be real-time and support multiplayer, much to Brevik’s disappointment.

The turn-based system was actually very complex and had taken a lot of work to put together – each skill, action and movement taking a very carefully considered amount of action points from a pool allocated each turn.

At first Brevik and team pushed back against Blizzard asking for it to be made into a real-time game. Brevik loved the fact it was turn-based; he adored how you could finish a turn right on the edge, only to then be forced to watch helplessly as things unravel. He loved the stories the game’s systems could generate.

In the end, Blizzard were adamant they wanted a real-time game, but Brevik stayed stubborn for a good while. Eventually he called the team and asked for a vote. They gathered in the kitchen and everyone but Brevik voted to do what Blizzard wanted and make the shift to real-time, so he reluctantly agreed.

After negotiating with Blizzard on the phone, explaining how much work it was going to be and telling them he would want another milestone payment, he sat down and got to work. “In a few hours I had it up and running,” he laughed. 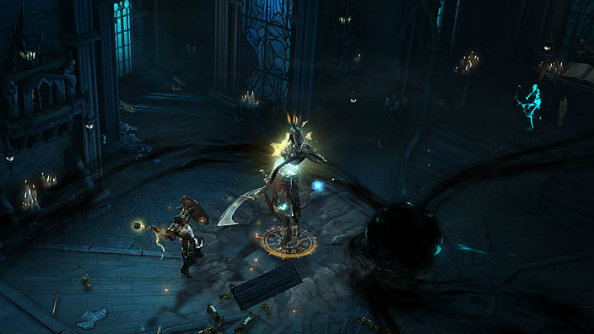 “I can remember the moment this happened,” recalled Brevik. “This is one of the most vivid moments of my career.

“So… I remember taking the mouse and I clicked the mouse and the warrior walked over and smacked the skeleton down, and I was like ‘oh my GOD, that was awesome!'” Development went full steam ahead.

“The end was really, really rough,” remembered Brevik. “We crunched for like eight or nine months, something like that. It was all day, every day. We’d get up, usually about four in the morning and I would work until, I don’t know, midnight or so, go home, and get up and do it again. My wife was pregnant at the time, and the baby was due late December… You can see where this is going…

“Around December 10th, my wife called me at the office and she says ‘I’m having contractions – it’s go time’. We desperately wanted to make Christmas, but it just wasn’t ready, and this was my kind of worst-case scenario. Fortunately, it turned out to be a false alarm and the baby wasn’t born that night, but was actually born on January 3rd.

“She waited for me to actually finish Diablo.”