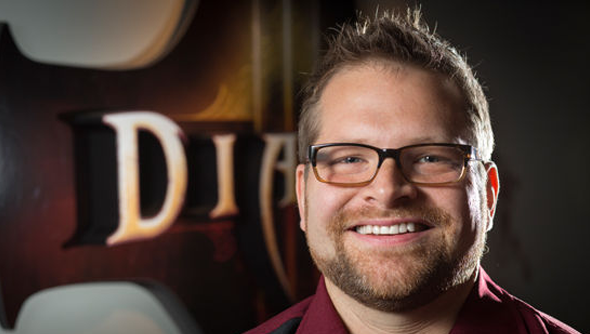 Since Jay Wilson transferred to another project within Blizzard in January Diablo 3 has been without a game director. The publisher has finally announced that they’ve found a replacement, Josh Mosqueira. Previously in charge of development of Diablo 3’s console release, Mosqueira has moved up to direct the future of the entire game.

In his open letter to the fans of Diablo 3, Mosqueira details his plans for the game’s future: “We want items to feel more meaningful, and we want players to be excited about the next loot drop.”

To this end, he says that “Our goal is to make the loot experience more enjoyable for ALL players. This includes reducing the amount of loot that drops while improving the overall quality, introducing targeted Legendaries, and giving players ways to directly customize their character’s armor—both visually and mechanically. We’re also looking into ways to reduce the impact of the Auction House. While we think the feature does provide a lot of value, it shouldn’t feel like the end-all-be-all force driving character progression.”

Itemisation, then, is the focus for the immediate future. Looking beyond those updates, Mosqueira wants to add new content to the game, not features but more lore, more enemies, and locations. “ We have some great ideas brewing for ways to address randomization, what our endgame should offer, and how to make playing online with friends truly fulfilling.”

This long-term goals will tie into Mosqueira’s previous work at White Wolf Publishing, the pen & paper developer behind Vampire: The Masquerade (though, now in charge of developing CCP’s World of Darkness).

One other slim possibility is that, considering Diablo 3 on the PS3 will run offline, we may see a version of Diablo 3 that doesn’t require an always-on internet connection. Fingers crossed.