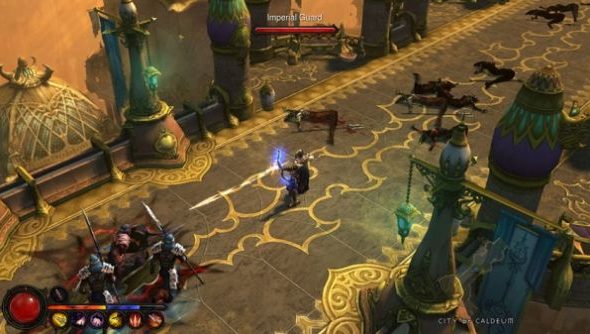 Imagine if all Diablo III trading business was conducted inside an actual coffin. Madness! All cramped gold transactions over peoples’ shoulders and swords passed gingerly between peoples’ hips. But it’s not – that was actually a metaphor, and in any case the auction house is due to close in March.

As it turns out, Diablo III’s rather successful console port has had something to do with that.

Diablo III had sold 10 million copies in August, and last night Blizzard CEO Mike Morhaime announced that the figure now sits at 14 million. An awful lot of those sales are thanks to the Xbox and PS3 versions – in the same breath, Morhaime mentioned that “reviews have been very positive about how the game plays on console”.

Naturally, the console version is only going to lengthen Diablo III’s future update schedule and increase its chances of getting a second expansion beyond Reaper of Souls, so that’s good for us.But more than that, feedback from its players is already yielding results for Diablo on PC.

“Much of the praise has been centred on changes we made to the loot system and our decision to keep the auction house off of the console platform,” said Morhaime.

“Players and critics alike have noted that these changes have resulted in a more fun and satisfying game experience. That reaction factored in our decision to remove the auction houses from the PC version of Diablo III effective next March, which players have also responded very positively to.”

Yes indeed. Are any of you lot considering a return to Diablo III once the house is pulled down?