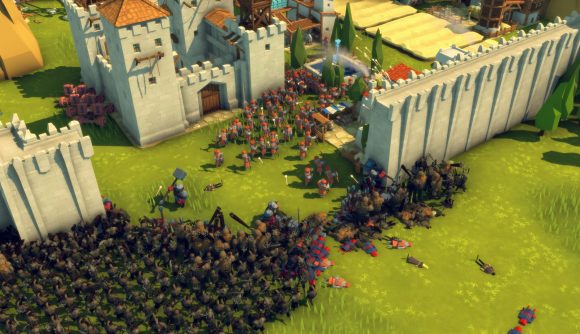 Sure, diplomacy is a key in a whole lot of strategy games, but it’s not always the best option, is it? A new city-building game coming to Steam later this month in Early Access certainly doesn’t think so. Aptly titled Diplomacy is Not an Option, the new indie game puts you in the boots of a “long-suffering minor lord” who’s faced with invading hordes of angry folk and lacking in options, so it’s going to be a trebuchets-over-tact kind of affair.

“Experience warfare on an entirely new scale as over ten THOUSAND enemy units assault your castle walls,” the game’s developer Door 407 explains on its Steam page, meanwhile asking a crucial question: Do you have what it takes to save the kingdom?” Oh, also: “Is the kingdom even worth saving?” Erm.

It turns out that’s for you to determine. Diplomacy is Not an Option features a bunch of city builder genre mechanics that you’ll need to keep on top of, such as food scarcity (which can cause soldiers to starve on the battlefield), disease management (plague is afoot), and the need to protect homes. There’s an economy you’ll need to keep afloat with stores of food, wood, stone, iron, and gold, and you’ll have to manage resources carefully to keep your folks alive and city defended. Naturally, though, the big facet you won’t be able to rely on is the ability to talk your way out of trouble or grease the palms of those that might invade you, which means combat’s a biggie.

Physics play a big role in this, which the game takes “very seriously”. There are “no hit-scan crossbows to be found here!” the devs explain. “Your archers and siege engines will need clear trajectories to hit their targets, so good placement of your towers and defences is vital. Thousands of enemy soldiers will advance on your walls and archers positioned behind them must fire up and over; dramatically reducing their range and accuracy. Providing your units with elevated firing positions will greatly increase their effectiveness. Likewise, a ballista or catapult-thrown boulder will do no good if they crash into a cliff mid-flight. 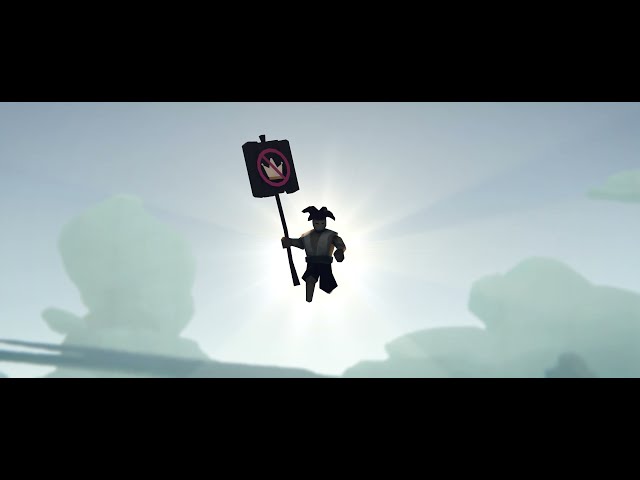 “Consider your gates, your lines of advancement and retreat. Create kill-zones and fall-back positions. You will need to take an active role in combat to get the best from your men.” You can get a look at this in the teaser above, and in the various clips shared on Door 407’s YouTube channel.

Diplomacy is Not an Option hits Early Access on January 26, though there’s a demo on the game’s Steam page you can play right now if you’re keen to give it a whirl.