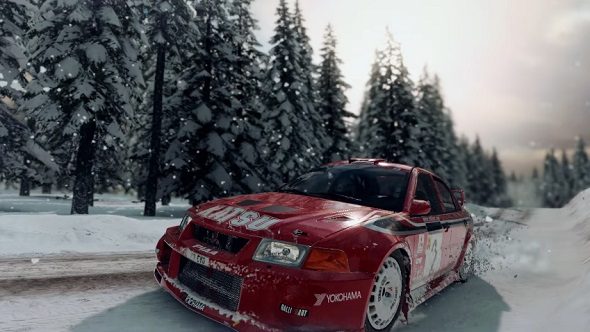 With Dirt 4 currently undergoing its last few checks in the garage before its June 9 release, Codemasters are revving up the hype engine with some special developer diaries. In this episode, Codemasters interview some real-life rally drivers about what it’s like to actually hurtle round these courses at top speed.

Burn some rubber with our list of the best PC racing games.

Speaking to veterans drivers like two time World Rallycross champion Petter Solberg, Johan Kristoffersson, Janis Baumanis and more, the dev diary starts to build up a picture of what actual rallying is like. Most of the drivers say that the actual speed of the rally car is not that scary, as you just get used to it the more you drive. According to Baumanis, the scariest part of rally driving is “stopping the car in one second”, in order to avoid a big crash or an obstacle.

Even after you crash, most of the drivers say that you cannot let the fear overtake you, or else you won’t be able to drive at your best. Even when you’re “driving blind to a certain degree”, you have to just believe in your co-driver and go flat out, says Kris Meeke. Sometimes, putting your foot to the floor and going 200mph may the difference between winning with a record time, or spinning off and potentially getting seriously injured. Unless Dirt 4 launches with a special peripheral that hits you very hard whenever you crash your digital car, it’s difficult for a rally sim to replicate that feeling of fear during a race.

Don’t worry if you aren’t a long-time rally sim fan, as Dirt 4 will launch with two types of handling for beginners and veteran drivers. The Gamer setting is similar to arcade racers like Forza, while Simulation is closer to actual rally car handling. If you want to build yourself up to being the digital Sebastien Loeb, Dirt 4’s Dirt Academy should teach you all the basics of rally driving before you hit the mud. It isn’t just standard rally stages in Dirt 4 though, as players can race in rallycross and landrush races if they wish.

Dirt 4 is the official game of the FIA World Rallycross Championship, so drivers can expect to race on the official courses from the Championship like Lydden Hill and even Hell. It’s Hell in Norway mind you, so don’t get your hopes up about doing jumps over pits of burning brimstone.