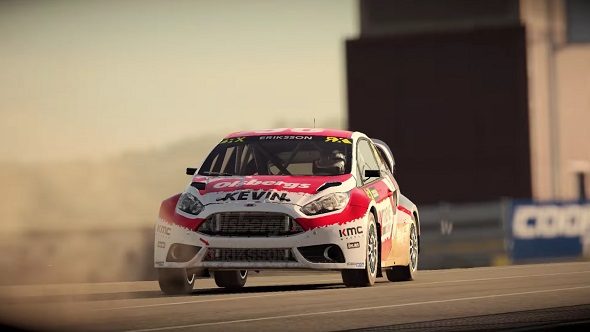 Showing off the plethora of cars and courses rally fans will be able to tear around on June 9, Codemasters have released the first official gameplay trailer for Dirt 4. Alongside cars (unsurprisingly) smashing into each other at high speed, this new trailer shows off one of the songs which will feature on Dirt 4’s extensive soundtrack.

Digital petrol-heads should check out our list of the PC’s best racing games.

In a partnership with Globe, Universal UK’s in-house sync team, Dirt 4 will feature over 40 licensed tracks from artists like The Queens of the Stone Age, The Chemical Brothers, Bastille and Grace Potter to name but a few. According to Codemasters, this licensed soundtrack matches “Dirt’s unique style and tone”, giving you just the right backing music as you sail through chicanes and hairpin bends.

Dirt 4 will feature over 50 cars from across the history of rally driving, complete with five famous locations with hundreds of different routes to drive through. If you’re a new driver, don’t worry as the special Dirt Academy will teach players all the basics of rallying before they hit the mud.

Launching on Steam on June 9, pre-orders of Dirt 4 will net players the exclusive Hyundai R5 rally car, alongside a Founder’s Icon and a team booster pack to speed their rise to the top of the rally world.